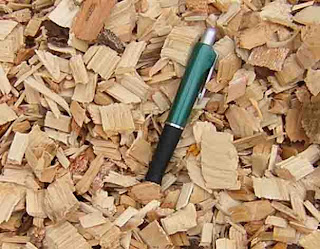 I've just finished helping a friend set up some new flower beds and trim them with a border of wood chips.

It's a good way to mulch, with recycled organic matter blotting out weeds on the way to becoming plant food.

We used 12 cubic yards of chips. That's not a lot by industrial standards, but it took us two days to put those chips where we wanted them.

And while we were doing that, I was playing around with a few numbers... 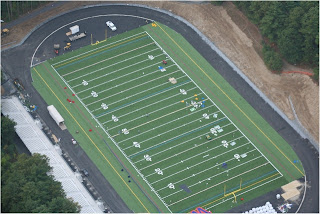 On a football field, such a path would extend from one end zone to the other.

That's about half a million cubic inches of chips.

Picture a cubic inch: it's about the size of a golf ball. You can hold it between your thumb and forefinger. You can put it in your shirt pocket.

Remember that cubic inch; hold on to that image. Now let's get hypothetical...

If each cubic inch of wood chips were worth two dollars, the chips on that path -- three feet wide, four inches thick, from one end zone to the other -- would be worth about a million dollars. Even with inflation, a million is still a very large number.

If each cubic inch of wood chips were worth a million dollars, the chips on that path would be worth about $500 billion, which is roughly the size of the Pentagon's annual operating budget, not including black-budget programs or additional appropriations for actual wars, such as Iraq and Afghanistan.

Think of this: A million dollars per cubic inch. Three feet wide; four inches thick. One end zone to the other. Year after year after year. And that's just for standard operations.

Clandestine acts of terrorism and overt wars of aggression cost extra, of course.

How much extra? Look at it this way: If each cubic inch of wood chips were worth two hundred thousand dollars, the chips on that path would be worth about $100 billion, roughly as much as congress just approved to keep the wars in Iraq and Afghanistan going until the end of September!

And that's just the cost to America. It's a pittance compared to the cost borne by the rest of the world.

And how much is that? Consider Iraq: 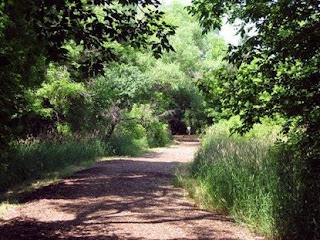 If each cubic inch of wood chips represented three people killed, at least six others injured, and nine more refugees, the chips on that path -- four inches thick, three feet wide, from one end zone to the other -- would show just some of the damage we have done to Iraq.

We are talking about mass murder of innocent people as a matter of state policy. And there's no reason for it, none at all ... except:

If each cubic inch of wood chips were two million barrels of oil...