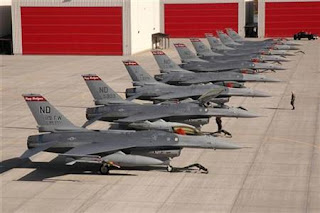 Have you heard about the American accused of giving nuclear secrets to Israel?

Randall Mikkelsen of Reuters has:

U.S. authorities arrested an American engineer on Tuesday on suspicion of giving secrets on nuclear weapons, fighter jets and air defense missiles to Israel during the 1980s, the Justice Department said.

Ben-Ami Kadish acknowledged his spying in FBI interviews and said he acted out of a belief that he was helping Israel, court papers said. He was accused of reporting to the same Israeli government handler as Jonathan Jay Pollard, who is serving a life term on a 1985 charge of spying for Israel.
...

Kadish was arrested in New Jersey and was scheduled to be arraigned on Tuesday afternoon at U.S. District Court in Manhattan, authorities said.
...

Kadish is a Connecticut-born U.S. citizen who worked as a mechanical engineer at the U.S. Army's Armament Research, Development and Engineering Center at the Picatinny Arsenal in Dover, New Jersey.

His spying for Israel lasted roughly from 1979 to 1985, and his contact with the unidentified Israeli handler continued until March of this year, the federal complaint against him said.

The complaint said Kadish did not appear to receive any money in exchange for his suspected spying, just small gifts and restaurant meals.

But it's not about the compensation, of course. It's about loyalty ... to what?

"Ben-Ami Kadish ... said he acted out of a belief that he was helping Israel."

Kadish, who had a security clearance, took 50-100 classified documents from the arsenal's library, working from a list provided by the handler identified in a federal complaint as "CC-1." The handler would then photograph the documents and Kadish returned them to the library, the complaint said.

It said one of the classified documents passed on by Kadish "contained information concerning nuclear weaponry." Another related to "a major weapons system ... a modified version of an F-15 fighter jet that the United States had sold to another foreign country." It did not identify the country.

The complaint said Kadish maintained contact with CC-1, met him in Israel in 2004, and telephone [sic] with him on March 20 of this year, after his first FBI interview. It said the handler told him to lie to U.S. authorities: "Don't say anything ... What happened 25 years ago? You don't remember anything," the handler was quoted as saying.

Pretty soon this story will disappear, like they always do.

Pretty soon nobody will remember anything.
File under: Ben-Ami Kadish, Israel
Email ThisBlogThis!Share to TwitterShare to FacebookShare to Pinterest
Posted by Winter Patriot