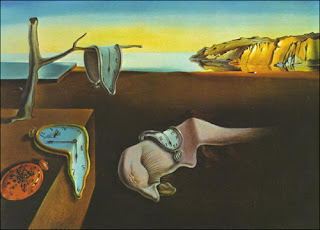 In Iraq, "nervous negotiators" are trying to create an alternative pretext to "justify" the continuing war crime our "leaders" would prefer to describe as "liberation". And the Iraqis have "opened bidding" on contracts to develop the oil fields; these contracts were supposed to have been awarded on a no-bid basis to a handful of big American-multinationals, but the ungrateful Iraqis, still smarting from their liberation, nixed that bit of "political reconciliation".

Meanwhile, the "legal" proceedings at Gitmo have been revealed to be even more of a farce than we ever imagined, as

defense lawyers and human rights advocates charge that the fairness of the most significant proceeding at Guantanamo Bay, Cuba, is routinely undermined by incompetent interpretation.
...

The lawyers asked the court to order the government to produce an Arabic transcript of each hearing -- a motion military prosecutors are resisting.

And yet another Gitmo prosecutor, Lt. Col. Darrel J. Vandeveld, has resigned in protest; saying key evidence was being withheld from the defense. We already knew "incriminating evidence" was being fabricated; so this is no surprise.

On the home front, it appears that yesterday's market upswing was not a harbinger of prosperity returning, but a reaction to Henry Paulson's announcement that the big banks will be allowed to dictate the terms of the agreement by which they steal more of our money than we even have.

And my favorite team is now on six-game losing streak. But at least their meltdown won't affect the future of humanity.
File under: bailout, Guantanamo, Iraq, meltdown
Email ThisBlogThis!Share to TwitterShare to FacebookShare to Pinterest
Posted by Winter Patriot