Bushist neocon Stephen Harper and his so-called "Conservative" Party emerged from Canada's federal election Tuesday with another minority government, but in a stronger position than before the election. A record number of Canadians slept through the festivities.

The Conservatives now hold 143 seats, up 16 from their previous 127, but still 12 short of the 155 they would need to ram their evil agenda through the 308-seat Parliament. In other words, a similar gain in the next election would be the end of democracy in Canada -- not that it seems to matter much to the Canadian voting public.

Harper's agenda, which the Conservatives have tried very hard to keep secret, surely includes allowing Canada to be swallowed up by the United States in a North American Union. It's a far cry from the nationalist conservative philosophy which most Canadians think of when they see the "Conservative" banners waving. This discrepancy speaks volumes about the American-style militarization of the Canadian "news" media.

The primary opposition party, Stephane Dion's Liberals, lost 19 seats to fall to 76. The Liberals have been standing firm against some of Harper's policies, but caving in on others. It's difficult to imagine that a stronger Conservative government and a weaker Liberal opposition could lead to anything other than an increasingly Bush-style government, with Harper and his henchmen railroading more and more unpopular policies through a mostly stunned Parliament, even though they only have a minority.

And yet, in the few minutes of Canadian television coverage I managed to catch, I heard a pundit wondering, "whether Harper will now change his approach to Parliament, which some critics have described as bullying". 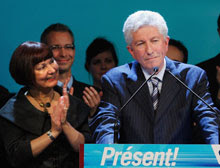 Of the remaining 89 seats -- just 12 of which would spill Canada over the neocon brink -- 50 were won by the Bloc Quebecois, led by Gilles Duceppe, which represents the nationalist-separatist sentiments of mostly-rural French-speaking Quebec. It is altogether fitting and proper that people who don't even want to be part of Canada should stand in the way of Canada becoming part of the US.

Two of the remaining 39 seats were won by independents, and the other 37 were taken by the New Democratic Party, which opposes virtually everything the Conservatives stand for, most notably Canada's participation in the war crime in Afghanistan. For all their strenuous opposition, the NDP gained only seven seats -- a pittance in light of the Liberal losses.

Given Harper's record over the past few years, it is impossible to look at these results -- with the Liberals declining, the NDP not gaining much, and the Conservatives gaining more seats than any other party -- especially in view of the record low turnout -- without wondering, "What is wrong with the Canadian people?"

But the answers are quite obvious, and they're just about the same as the answers to the question I ask myself much more often, namely: "What is wrong with the American people?" 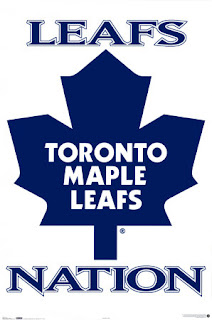 But other than that, they're fine.