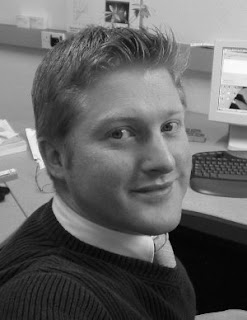 This page provides an annotated table of contents for the series of articles on Keith Seffen and his WTC collapse research. It will be updated as appropriate.

Dr. Seffen, the BBC said, had constructed a mathematical model of the World Trade Center collapses which showed that "once the collapse of the twin towers began, it was destined to be rapid and total."

According to the BBC, Dr. Seffen proceeded from this mathematical model to describe the destruction of the twin towers as a "very ordinary thing to happen".

The BBC also reported that Dr. Seffen's findings "are published" in the Journal of Engineering Mechanics.

The Journal of Engineering Mechanics (JEM) is a monthly publication of the American Society of Civil Engineers (ASCE). A search of the ASCE website turned up no mention of a Keith Seffen, nor any mention of any "Seffen".

I wrote a brief item about this that morning.

Shortly after my piece was published, the BBC page was changed to say that that Dr. Seffen's findings "are to be published" in the Journal of Engineering Mechanics.

I noted the change in an update to my item, where I also provided a link to two different mirrors of the original text. I also noticed the distinctive smell of manure. So I kept digging.

It became apparent obvious that the BBC piece was based on a press release from Cambridge, which said (in the opening paragraph) that Dr. Seffen's findings were "published", and (much later) that they were "to be published".

Apparently this self-contradiction didn't raise any eyebrows. But it was not the only problem with the press release.

Virtually every paragraph was either misleading or downright false. And it showed very clearly that Seffen's approach was not scientific, but political. I wrote about the press release three days later.

Nearly eight weeks later, after repeated requests for clarification (from myself and others) had been ignored, I posted a compendium of the coverage Seffen and his paper had received, noting that it had been largely uncritical but remarkably sparse.

The following day I noted some of the many unanswered questions and documented a series of requests for clarification which had been ignored by Dr. Seffen and by Dr. Ross Corotis, the editor of the JEM.

4) November 6, 2007:
Where's The Paper? Did The BBC And A Cambridge Don Commit Fraud To Cover Up Mass Murder?

Several readers of the latter two stories joined in the effort to obtain further information. Some of them had academic credentials, and their requests stirred Dr. Corotis to action.

Two days later, I was pleased to report on a message from the ASCE, saying that according to their records, Dr. Seffen's paper is scheduled for publication in the February 2008 JEM.

5) November 8, 2007:
WTC 'Collapse' Research Cited In September Is Scheduled To Be Published In February

This was good news for two reasons. It marked the first public commitment from the ASCE to publish the paper. And it provided confirmation of the fact that the paper had not been published when it was cited (and referred to as published) by the BBC and others.

Then another reader -- one with even more impressive credentials -- started digging in a different place, and unearthed a copy of the paper itself.

I also provided a link to the entire paper (a small PDF file).

True to the description provided by the press release, the paper turned out to be worthless as science, but not entirely meaningless.

7) November 11, 2007:
Keep Your Hats On: Keith Seffen's "Mathematical Model Of The WTC Collapse" Is Incoherent, Inappropriate, And Almost Meaningless

Responses to the paper in general and to my review in particular were utterly devastating.

Nearly five months after the author claimed the paper had been published, it was finally published.