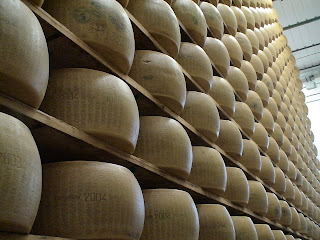 An Iraqi soldier shot and killed two American soldiers and wounded several others yesterday on the outskirts of the northern Iraqi city of Mosul, according to various sources. Details are sketchy, except in Australia.

An Iraqi soldier went on the rampage at a joint security station in northern Iraq on Wednesday, shooting dead two U.S. soldiers and wounding six, the U.S. military said.

The U.S. military said the soldier opened fire on the Americans at the station -- one of many in which Iraqi and U.S. troops operate side by side -- in the city of Mosul.

"The soldiers were in the courtyard ... an Iraqi soldier entered and shot two soldiers, killing one, mortally wounding another, and then spraying the others," said U.S. army spokeswoman for northern Iraq Major Peggy Kageleiry.

"He was engaged by counter-fire and killed," she added. A local morgue said it had received the body of the Iraqi soldier, riddled with bullets.

Two local police sources and an Iraqi army source, all of whom declined to be named because of the sensitivity of the subject, said a quarrel had broken out between the Iraqi and U.S. soldiers at the joint station.

But Kageleiry denied there was any altercation between the soldiers before the shooting.

"The U.S. soldiers had no conversation with this soldier and there was no interaction of any kind before they were murdered," she said.

And that was that. Sources who declined to be named said a quarrel had broken out, but the Pentagon spokesman denied it. 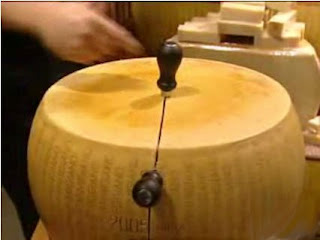 So what caused the incident?

CNN gave some indication of what might have sparked it, but not until the fifth paragraph of this story:

The six soldiers were in stable condition as of Wednesday night, the U.S. military said.

The U.S. military has not confirmed the identity of the shooter, but initial reports indicate that he was an Iraqi soldier, the military said in a statement.

The gunman, identified as Barazan Mohammed of Mosul, was killed in the ensuing exchange of fire.

An Interior Ministry official said an Iraqi soldier in a joint U.S.-Iraqi patrol opened fire on a group of U.S. soldiers in the same convoy after one of the American troops slapped an Iraqi soldier.

But the U.S. military disputed that, saying in a statement, "there was no altercation between the U.S. soldier and the Iraqi soldier." 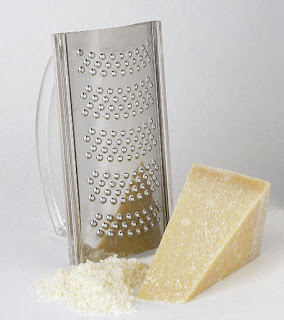 Where is CNN journalistically on this one? Reuters hints at three sources but gives no details of the cause of the incident; CNN hints at one source and gives one sketchy detail, but isn't sure whether or not the killer was an Iraqi soldier. The US military line is prominent in both stories, and not much else ...

AN Iraqi soldier on foot patrol with US forces in the northern city of Mosul shot and killed two American soldiers and wounded six more, the worst such case yet of US-trained local troops turning their guns on their allies.

The Iraqi soldier, identified as Barzan al-Hadidi, was part of a joint daytime patrol on the streets of the dangerous city, considered to be one of the last strongholds of Al-Qa'ida and its local allies in Iraq. He was quickly gunned down by other members of the patrol, officials said.

The Iraqi Interior Ministry said the soldier opened fire after he had been publicly slapped by an American colleague. Many Iraqi men, especially in the military, are intensely proud and conscious of any perceived slight to their honour.

“Two soldiers were killed and six wounded in a small-arms fire attack in an Iraqi Army compound in Mosul today. Initial reports indicate the attacker was an Iraqi soldier,” the US military said.

“The situation is fluid and still under investigation, so the casualty figures may change,” it added. A local morgue which received the Iraqi soldier’s body said it had been riddled with bullets. 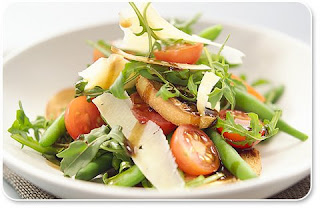 Hider even provides some historical context!

There have been instances of Iraqi soldiers opening fire on their US mentors and comrades in the past, but never to such a deadly extent. Insurgents have also used Iraqi army uniforms to infiltrate joint bases in the past. One of the worst cases was in Mosul in 2004, when a suicide bomber dressed as an Iraqi soldier blew himself up in an American army mess hall, killing more than dozen US soldiers.

Today’s severe breach of discipline highlights the dangers of joint patrols with an Iraqi army still being shaped by the US military, and on to which Washington hopes to shift the burden of security [sic] as it draws down its forces [sic] in Iraq under the future presidency of Barack Obama.

Those security challenges have loomed larger in recent days, with a spate of bombings and shooting recalling the dark years that Iraqis had hoped were finally behind them.

Two dozen people were killed in attacks across the country yesterday, 12 of them in a combined car bombing and roadside booby trap in eastern Baghdad. In what is becoming a familiar pattern, the first explosion targeted a police patrol and the second concealed device cut down those who ran to the aid of the stricken security forces.

Sixty people were wounded in the twin blasts.

And so on. It's a style of reporting you just don't see in the USA. 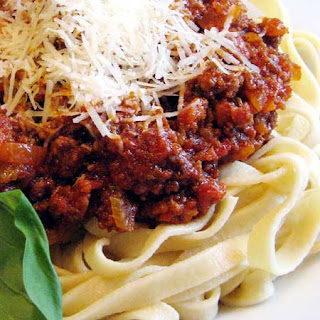 Clearly, James Hider or his editor or both have had enough of the Pentagon denying everything, even in the face of overwhelming evidence. To them, the US military spokesman's statement denying any quarrel was not even worth mentioning. And it's easy to see why. The US military has a long tradition of lying about "conditions on the ground", covering up evidence of atrocities, and attempting to control the public's perception of the world through pressure on (or ownership of) the people who report the news.

None of this is new; it's been going on for decades. The techniques may be more sophisticated now, but the goal is still the same, and the effort is larger than ever. So it's not hard to see it: it's hard not to see it. That's not the problem.

The problem is: if you mention it, you don't work anymore. And everybody knows it.

An unidentified Pentagon spokesman says the moon is made of Parmesan cheese. The Iraqi Minister of Science and Technology says no, it's made of rocks and dust. Who are you going to believe?

Look at it this way: The Iraqis are a primitive and spiteful people who barely know enough to wash themselves, who would never tell you the truth about anything, and who would be better off if we liberated them, even if it meant we had to destroy their country and give all their oil to the vice president.

And maybe we're not perfect, but we're damned close, and anybody who says different is a lousy terrorist. 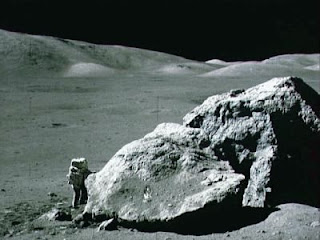 So the moon is made of Parmesan cheese. And even if you can prove that it isn't; even if it's obvious that it isn't; so what? You'll never see anyone say that on TV. You'll never read it in a major newspaper. The best you can do is write a letter to the editor that will never get published, and if you're lucky you'll only wind up on the no-fly list.

Or else you can write it on a blog that only a handful of people will ever read. Go right ahead. Shout into the hurricane.

But in the meantime, your fellow Americans will be grating that cheese, eating it on spaghetti, putting it in their salads, and never even noticing that they're eating rocks and dust...

It takes courage to ignore the Pentagon line entirely. Three cheers for James Hider and The Australian. It's not exactly difficult to put American journalism to shame. But it's a good thing somebody's doing it.

On the other hand, Hider didn't remind his readers that the US invaded Iraq on false pretenses, in an act of war that is clearly a crime against humanity and punishable by death under the Geneva Conventions. He didn't even hint that American trooops in Iraq are a destabilizing force, or that the talk of a draw-down might simply be campaign rhetoric.

He didn't mention the pressure Iraqi collaborators are under, as their friends and neighbors see them as traitors. And he didn't ask any potentially damning questions, such as: If the American administration is so concerned about the security of Iraq, why did they invade in the first place?

Hider even managed to slip in a bit of thinly veiled racism, noting that

Many Iraqi men, especially in the military, are intensely proud and conscious of any perceived slight to their honour. 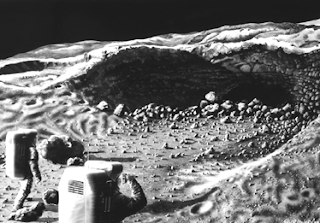 Of course, American men aren't intensely proud and conscious of any perceived slight to their honour. Especially in the military!

And being slapped in public by a soldier from the country that destroyed your country wouldn't be a real slight to your honour, would it? Only a perceived one, right?

Maybe it was enough to say the dead Iraqi soldier was slapped.

Pass me some of that cheese, will you?