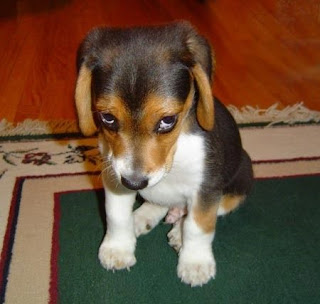 The post I wrote yesterday could have been read in a very different way than it was intended, and I wouldn't be surprised if some of my readers took it the wrong way.

It was a Thursday, and I woke up in the usual bad mood. My first thought was: "We're all still complicit in the most horrible crimes. And they're still going on." Then I shuffled off to the bathroom.

Then I realized it was Thanksgiving, and that I had to work all day and teach in the evening. Beautiful.

I was (am) ticked about Obama choosing to leave Bob Gates in charge of the Pentagon. I was (am) ticked about how many people are still in denial about who Barack Obama is, and what he wants, and who he's working for -- even though he has told us as clearly as possible, over and over. I was (am) stunned about the Mumbai attacks, and I was pressed for time. But the blog needed something new.

I was thinking: "Happy Thanksgiving? Thanks for what? Thanks for nothing!" And I wrote a post to that effect.

I didn't realize until much later, after a long burst of hard work and a series of errands, that I do have a large number of things to be thankful for. But they all seem hollow because they aren't shared blessings.

I'm thankful to still have a job. Not everyone can say that.

I'm especially thankful to have a job that engages my mind to such a degree that I can occasionally forget, for a moment or two, that we're all still complicit in the most horrible crimes. Not everyone can say that, either.

I'm thankful that my emotions still work. Sad news and sad songs still make me cry -- like a little kid, sometimes. That's rare in adults. But I still have it, along with my thinning gray hair.

I'm thankful to play music. Somehow I left all my guitars in the closet for almost 20 years, but I've got them out again now, and I play them all as often as I can. Last night I practiced acoustic and steel, and taught electric and bass. My classical guitar is in the shop. I am thankful to have all these different guitars, and to be able to play them all. I'm even thankful for the intolerable old man who drilled music theory into my head, against my will, for six long years.

But these are all private blessings. I can't share them with my friends, or my neighbors; some of them I can't even share with my family. And it feels rude -- unconscionably selfish -- to be thankful for so many things that so many other people don't have, and that I can't give them.

After figuring all this out, and settling down a bit, and overcoming some of my anger, I began to realize that I had left something off the list -- something I do share with my friends; something I can share with anyone who wants some.

I am thankful to have readers who come back; who care about people they have never even met; who have valuable insights and questions about the world and who value my opinions about it; who leave me comments and send me email and tell me things I never would have thought of myself, some of which make me think, learn, and weep.

Without you, the rest of it would be intolerable. And if my angry post yesterday gave you a different idea, I apologize.

File under: Thanksgiving
Email ThisBlogThis!Share to TwitterShare to FacebookShare to Pinterest
Posted by Winter Patriot