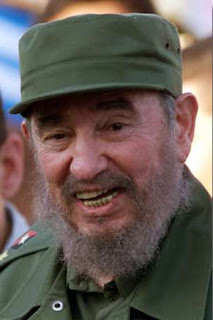 Some more truth from abroad, courtesy of the AP via CNN:

Fidel Castro said late Friday that the election of a new president will not bring change to the United States, but failed to mention Barack Obama by name.

In an essay posted on a government-controlled website, the ailing 82-year-old former president ... wrote ... that "many say that with the simple change in head of the empire, it will be more tolerant and less bellicose." Cuban officials routinely refer to the United States as "the empire."

He then paid a backhanded compliment to Obama, saying "it would be extremely naive to believe that the good intentions of an intelligent person could change centuries of interests and selfishness already created."