The Summer Soldier And The Sunshine Patriot 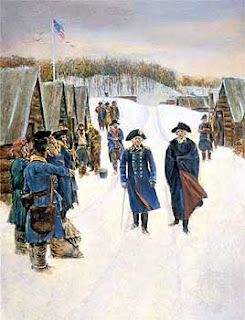 Every now and then we get a visitor who wants to know what the phrases "summer soldier" and "sunshine patriot" mean, so here's a quick history lesson for the files.

During the 1770's, as the American revolution developed, soldiers who joined the Continental Army during the spring or summer but went AWOL in the fall or winter were known as "summer soldiers".

Many of the "summer soldiers" were farmers who would join up with the Army when their crops were planted, fight during the summer, and then go back home in the fall to help with the harvest.

Others would stay with the Army through the harvest, but sneak off in the middle of the night once the weather got cold.

Meanwhile, the people who supported the revolutionaries when the revolution was going well -- but not otherwise -- were called "sunshine patriots".

So in the famous passage from "The Crisis" where Thomas Paine wrote:


The summer soldier and the sunshine patriot will, in this crisis, shrink from the service of their country

he was talking -- quite literally in the former case -- about the fair-weather friends of the Revolution.