The following is old news at best, possibly fictional, and from sources of dubious, if any, integrity. But it is still of some interest to a cold blogger who begs your forebearance as we explore...

The Pakistani daily Dawn says that according to Wikileaks, in 2008, Anne Patterson, who was then US Ambassador to Pakistan, wrote a memo in which she described instructors at Pakistan's National Defence University (NDU) as "naive" about and "biased" against the USA.

Dawn says Ambassador Patterson attributed this "bias" to the "distance" that had crept in between Pakistani and US military officers following "the discontinuation of the IMET (International Military Education and Training) programmes" during the years when Pakistan was under sanctions because of having developed nuclear weapons.

Dawn quotes the memo which quotes a US army officer, Col. Michael Schleicher, who attended a course at NDU, and who, according to the cable, told Ambassador Patterson:


"One guest lecturer – who is a Pakistani one-star general – claimed the US National Security Agency actively trains correspondents for media organisations. Others thought the CIA was in charge of US media (and that MI-5 was in charge of the BBC)."

And not only that, but:


Students in the junior course ... shared "many of the biases prevalent in the Muslim world, including a belief the US invaded Iraq for its oil and that 9/11 was a staged 'Jewish conspiracy,'"

You can see the bias right away, can't you? Everybody who has done honest research has found that the staged conspiracy of 9/11 was not entirely "Jewish." It contained "Christian" elements as well. And so, of course, does the continuing torrent of nonsense about it.


"We need, in particular, to target the 'lost generation' of Pakistan military who missed IMET opportunities..."

The word 'target' is particularly apt in this context.


"Given the bias of the instructors, we also believe it would be beneficial to initiate an exchange program for instructors..."

It goes without saying that if and when all this indoctrination came to pass, the Pakistani military would be even more naive with respect to the United States, and even more biased -- but for rather than against, which after all is the only thing that matters to the masters of the American Empire.

And then, diplomatic tensions would be eased, because future ambassadors would write cables in which Pakistani military officers were all well-informed about American actions and motives, and loyal and keen supporters of the American Imperial Project as well.

The properly trained Pakistanis would have been instructed never to admit that the NSA would be negligent if it failed to actively train correspondents for media organisations; that the CIA would be aghast if it lost charge of the US media; that the Bush-Cheney administration would have lost the support of its "base" had it failed to invade Iraq for its oil; and that MI5 would go ballistic if the BBC ever admitted the obvious truths about these things, or explained to its viewers exactly why Britain came along for the ride.

And then, if the IMET programmes could continue for long enough, eventually nobody in the Pakistani military would ever again be "naive" or "biased" enough to give voice to any of this, or any of the other truths about America which are, shall we say, politically inconvenient to acknowledge.

This is what we would call "winning hearts and minds." And it's a shame that the US neglected to keep the propaganda machine running on the Pakistani military during the sanctions, because had it done so, hoaxes such as the big one nine and a half years ago, and the almost-as-big one earlier this month, would have been a good deal easier to sell. 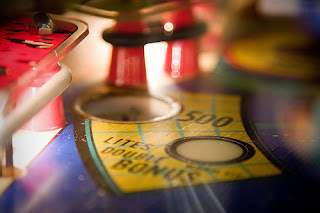 You may have noticed that last week Barack Obama released a document which was purported to be his birth certificate. The document wasn't exactly credible, but then again it didn't need to be. It only needed to exist.

Personally, I think anyone striving for the most powerful position in any government ought to be able to provide a full documentary trail of his life, not just a birth certificate, but high school and college transcripts and much more. If a candidate -- let alone a president -- can't do that, it seems suspicious to me, regardless of whether he be black or white, lavender or chartreuse. And if something comes up in national politics that looks suspicious, I think people ought to be able to say so without being called racist.

You may also have noticed Barack Obama several days later, telling a story about the death of Osama bin Laden. That story wasn't credible either, but once again, it didn't need to be.

The official story of the 9/11 attacks, in which Osama bin Laden supposedly played a central role and inside help did not, is a multi-threaded one. And not one single thread of that story is even partially credible. But it doesn't matter anymore, because reality has been obliterated.

It doesn't matter that the fiction is transparently obvious, because the echo chamber repeats it endlessly until it becomes part of the national landscape. That's what happens to officially sanctioned stories, true or otherwise.

The point is: because the fiction is officially sanctioned, it will not go away. Therefore, to the politicians, it might as well be used. The Obama campaign to get re-elected in 2012 has begun.

Can we expect eighteen more months of similar psy-ops? A year and a half of even more obviously politically slanted manure?

Oh yes. We can expect at least that. You don't suppose the timing of all this is a coincidence, do you?

With major distractional nonsense involving both birth and death coming so close together, it seems as though all we're missing is something about marriage. Maybe there's a great big distracting wedding of some kind in the offing. Keep your eyes open, and so will I.

When you live in a pretend democracy, every now and then you have to go out and pretend to vote.

Best wishes to my Canadian friends on the occasion of their civic duty.