What Are They Afraid Of? Values Whose Time Has Come

The United States of America, I was taught as a youngster, is the greatest country on Earth, precisely because of its freedom of speech. Everyone in America is free to think whatever thoughts he wishes, and to speak his mind in public. And no one is persecuted for saying what he thinks.

Unfortunately, this is not now and has never been true. But it sets a backdrop against which anyone who claims to have been persecuted for political reasons is fighting an uphill battle. "But we don't do that here!" and so on.

Former Congressperson Cynthia McKinney could tell us something about political persecution. She was run out of office for asking all the wrong questions, and for failing to toe the correct lines. But she keeps asking the wrong questions and stepping on those lines all the same. Thus she finds herself at the forefront of some very touchy issues, especially including the outrageous idea of American support for the Palestinians. For that reason, if no other, she's not very popular among those with the coercive forces of the modern police state at their disposal.

McKinney has never wanted to talk about being persecuted for political reasons, but after surviving twenty years of systematic battering, she's changing direction on that question. In an Open Letter released last weekend, she writes:


I am currently conducting research in order to write a paper on the violent repression carried out by individuals acting on behalf of the United States government against certain political actors of the 1960s and early 1970s. It was during this research that I came across the notion of “soft repression” and immediately recognized myself in what I was reading. I said to myself as I read, “Hey, that’s me.” So, I decided to write this Open Letter in order to blow the cover off a secret that I have walked with for years.

Among other things, McKinney says:


I have lived with this “soft repression” since, as a Member of Congress-elect in 1992, I refused to sign the American Israel Public Affairs Committee (AIPAC) pledge of support for Israel.


“Soft repression” tactics include ridicule, stigma, and silencing. I have experienced and continue to experience each one of these types of targeting. I routinely receive hate mail and withstand very active organized attempts to ridicule, stigmatize, and eventually silence me. I routinely experience strange occurrences with my computer (typing by itself) and telephone (answered by someone before it even rings on my end), and more. Strange things happen to my friends and to the friends of my friends (like police stops for nothing, and worse, calls to remote immigrant acquaintances asking for information about me).


Not too long ago, I received a call from a lawyer with the ACLU who tracks politically-inspired civil liberties violations and he told me that my name came up in a Texas Fusion Center of the Department of Homeland Security document as someone, associating with former Attorney General Ramsey Clark and traveling to Lebanon with him, who should be surveilled for any attempts engaged in by me to push Sharia law for the U.S. It’s ludicrous, I know. It’s even more ludicrous that U.S. tax dollars are being spent to surveil people for this stupidity. But there it is.


Upon my return to the U.S. from Cape Town, South Africa at which the Russell Tribunal found that Israel practices its own unique form of apartheid, I was notified by my local FBI office that I was [the] subject of a terroristic threat, along with U.S. Attorney General Eric Holder and President Barack Obama, by some poor hillbillies from the north Georgia mountains. The FBI offered to protect me from any other hillbillies who might get funny ideas.

Well, I’ve been through this before with the FBI, when a journalist called for my lynching on my way to vote. My alarmed Congressional staff alerted the FBI -- only for us all to learn, years later, that this particular “journalist” was on the FBI payroll at the time that he made those reprehensible remarks.


What could they possibly be afraid of?

I will answer my own question: values whose time has come—truth, justice, peace, and dignity. Not only for the elite few, but also for the rest of us: everybody’s truth and everybody’s dignity.


I will begin to document and make public what has heretofore been covert activity carried out by bullies who pick on the weak.

From where I stand, this is a very welcome development. We've had too few of those lately. We should all know about these covert activities. We should know about all activities carried out by our government, at our expense, against our fellow citizens -- especially our dissident political leaders.

Since I am on McKinney's mailing list, I received a copy of the Open Letter by email. To make it more widely available, I have posted it in full on my blog-away-from-blog, Winter Parking. I hope you will read the whole thing, and I will try to keep you posted on further developments. 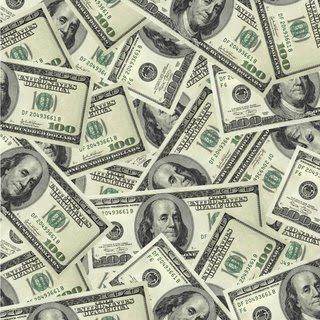