Sounds Like A Great Idea! But How Are They Doing It? 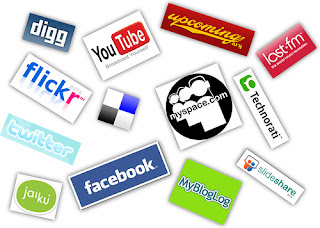 The Most Intriguing Headline of the Day by far, and seemingly a certain winner for Largest Headline-To-Content Ratio of the Year (perhaps of the Decade), comes from the Pakistani daily Dawn.

The headline reads: "German social networks wage virtual war on rightists", and the article says:
Yes! That's right! It says nothing at all.

But apparently it used to say something, for it has been "Tweeted" 13 times.

Perhaps the German rightists are fighting back by trying to suppress this story?

If I learn any more about this, I will post more details. If you know more about it, please don't be shy.

Apparently Dawn had screwed things up again. The text of the article has finally appeared. And apparently I shouldn't have got too excited.

Big news! German "leftists" are being mobilized to stand up against neo-Nazis and the spread of anti-Semitism (which normally means telling the truth about Israel) (now that it's not World War II anymore) (which means the "leftist movement" is probably funded and organized by Israel) (and how convenient is it for the Israelis to have German skinheads to work "against"?)

Oh well. We couldn't possibly use social networks to mobilize against the neo-Nazi rightists who vex us here and now, bombing, invading and occupying foreign countries that never threatened us, taking away all the civil liberties and economic protections they can, while supporting Israel to the hilt. Could we?

Nah, we couldn't even use social networking against obvious enemies of the people, such as John Raese, the idiot running for the Senate from West Virginia, who makes a point of mis-pronouncing the first name of his opponent, and longs to abolish the minimum wage law.

Or maybe, now that I mention it, we could. But we won't.

Or maybe we will, but if we do, it won't be written up in any newspapers.

Not even a screwed-up Pakistani daily.