Donuts In The Parking Lot: Toronto "Terror Plot" Not What It Seemed, Says Gov't Mole 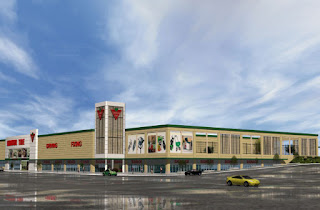 Thomas Walkom in the Toronto Star:

In the first full-fledged trial coming out of the case of the Toronto 18, the Crown is arguing that a youth (who cannot be named) participated in a "shocking and sensational" terrorist plot "to cause harm and death by attacking innocent lives."

But in a Brampton courtroom yesterday, RCMP informer Mubin Shaikh – the government's star witness – acknowledged that while this particular youth may have been an unsuccessful shoplifter (he was caught – twice), he knew nothing about alleged schemes to blow up buildings or behead politicians.

Rather, Shaikh said, he knew the young man as a quiet, shy, considerate teenager – a recent convert to Islam – who wanted to please the alleged ringleaders of the alleged plot but who, in the main, was just trying to fit in.

And he described the antics of those attending a Washago training camp as a comedy of errors, where the alleged jihadis melted holes in the soles of their running shoes, locked one vehicle's keys in the car, almost set a sleeping bag on fire and – instead of keeping a low profile – did doughnuts in a Canadian Tire parking lot.

This is the same Mubin Shaikh who said last week that this alleged training camp was actually quite serious and not just an exercise in "picking daisies."

But that was when he was being questioned by Crown prosecutor John Neander.

Yesterday, under questioning from defence lawyer Mitchell Chernovsky, Shaikh agreed that, really, nothing much happened during the December 2005 camping trip. 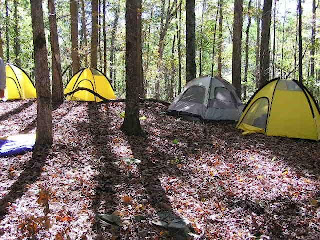 This is the big deal that the Canadian media have been scared of for the past two years? This is the face of international terrorism?

A camping trip where nothing much happened, according to the government's star witness!

He said a recorded lecture on jihad played to the group of teens and young men was so boring that some dozed off.

He said the so-called military training consisted of getting the campers to march up and down a road to keep warm.

He said that when an illegal handgun was used for target practice, the youthful campers were "freaked out" by the noise.

He agreed that the campers wore camouflage outfits mainly to protect their clothes during paintball games.

Last week, Shaikh testified that one of the alleged ringleaders gave a long allegorical speech in which he spoke of the need for Muslims to bring down "Rome" – which the RCMP informer said was a reference to the U.S.

Yesterday, Shaikh acknowledged that many of those present – including the person now on trial – wouldn't have a had a clue what the speech meant.

And he summed up the Washago adventure with these words: "Nobody knew what they were doing ... Idiocy seemed to be a constant theme."

I would go farther and suggest that idiocy seems to be a constant theme among those who support the so-called "Global War On Terror".

And it's all bogus. Or at least most of it is. 9/11 was clearly bogus. The London 7/7 bombings were bogus. Neither attack was even investigated; instead the governments involved spent millions telling us what they want us to believe. The same thing has happened with the Madrid bombing and both bomb attacks in Bali -- and since then we've had a long string of bogus terror plots that were infiltrated if not created by government moles, and actual terror strikes by groups of actual terrorists who are funded and motivated by our government -- and that's bogus too, but in an even worse way!

And we can't even talk about any of this in the national media -- because why?

Because it's all bogus, that's why! The terror is bogus and the media is bogus! And every now and then they let a little bogus detail slip out, and a reporter writes a column about it, and then it disappears under a carpet of lies, never to be seen again -- except in blogs like this, which nobody reads anyway.

And there you have it: justification for the destruction of humanity. And it's all bogus!
File under: bogus terror
Email ThisBlogThis!Share to TwitterShare to FacebookShare to Pinterest
Posted by Winter Patriot