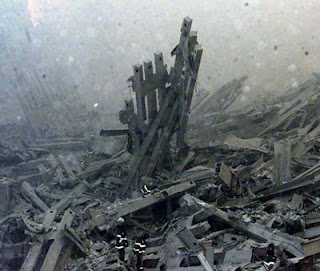 Here's an ugly breaking story from Thomas Zambito of the New York Daily News, courtesy of the Kansas City Star:

Remains of 9-11 victims were used to fill potholes, contractor says

The pulverized remains of bodies from the World Trade Center disaster site were used by city workers to fill ruts and potholes, a city contractor says in a sworn affidavit filed Friday in Manhattan Federal Court.

Eric Beck says debris powders - known as fines - were put in a pothole-fill mixture by crews at the Fresh Kills landfill on Staten Island, N.Y., where more than 1.65 million tons of World Trade Center debris were deposited after the Sept. 11 attacks.

"I observed the New York City Department of Sanitation taking these fines from the conveyor belts of our machines, loading it onto tractors and using it to pave roads and fill in potholes, dips and ruts," Eric Beck said.

Beck was the senior supervisor for Taylor Recycling, a private contractor hired to sift through debris trucked to Fresh Kills after the trade center attacks. Before the arrival of Taylor's equipment at Fresh Kills in October 2001, the debris was sifted manually by workers using rakes and shovels.

What was the hurry?

Beck's affidavit was filed by lawyers for the families of Sept. 11 victims who are suing the city in hopes of creating a formal burial place for debris that they say contains human remains.

"It's devastating," Norman Siegel, an attorney representing the families, said of Beck's statement. "When the 9/11 families found about this, they were wiped out."

The families argue that the cleanup was hurried and slipshod, with the result that more than 400,000 tons of debris weren't properly combed for human remains.

The city recently asked Manhattan Federal Judge Alvin Hellerstein to dismiss the lawsuit, and New York Mayor Michael Bloomberg has said he would like to turn the garbage dump into a "beautiful park."

Sometimes I can't help wondering whether the callousness shown toward the families of the victims has been deliberate, but if so, I can't figure out the reason.

Eric Beck, on the other hand, is just describing what he did, and what he saw:

In his first few months on the job, Beck said Taylor's mechanical sifters found 2,000 bones per day. He recalled finding "bones, fingers, skulls, feet and hands" as well as a man's chest and "the full body of a man dressed in a suit." The remains were catalogued and turned over to the city, he said.

But Beck said he was pushed to sift the debris quickly, and that remains may have been missed.

"I was constantly told ... to move the job, to run the conveyor belts faster and to keep the tonnage up," Beck wrote.

Other than destruction of evidence and obstruction of justice, what could have been the reason for this constant demand for speed?

It seems doubtful that Eric Beck could be lying since his story is corroborated.

Other affidavits support [attorney Norman] Siegel's claim that the sifting process was shoddy.

One comes from Theodore Feaser, the retired director of mechanical operations for the city Sanitation Department.

"From my experience at Fresh Kills, I am absolutely convinced that if the City of New York unearthed, resifted and washed the debris at Fresh Kills ... it would find hundreds of human body parts and human remains," said Feaser, a 20-year veteran who supervised the recovery effort at Fresh Kills for the Sanitation Department.

It's hardly a trivial matter.

Diane Horning, the president of WTC Families for Proper Burial, urged Hellerstein to allow the sifting to continue so that loved ones' remains will be found.

"There is no place to leave flowers," said Horning, whose son Matthew, an employee of Marsh and McLennan, was killed on Sept. 11, 2001. "There is no feeling of solace or closeness to your loved one."

So here we are, five and a half years later, with no truth, no justice, no closure. And now this.

If you haven't seen 9/11 Press For Truth, please do so. And if you have friends or family members who haven't seen it yet, please encourage them to watch it, or better yet: watch it with them... 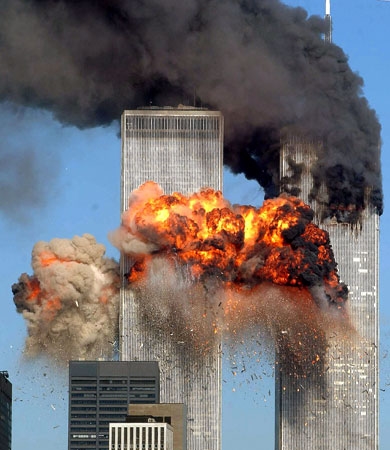