Thus Was All Hope Lost, 45 Years Ago Today

Forty-five years ago today, the world was changed by an audacious act of terrorism.

Ensuing events have confirmed the suspicions that arose at the time: the changes that came in the wake of the terror have been forever, and not for better.

Humanity's last reasonable hope for peace and prosperity was dashed. The last real President of the United States was dead. And all the rest has been decline and fall.

John F. Kennedy wasn't perfect -- not by any means. But he was brilliant, compassionate, hopeful of a brighter future for humanity, and willing to fight for that future.

Alone he stood between the American warmongers and their goal of establishing an endless quagmire in Vietnam. He chided the Chairman of the Joint Chiefs in private; in public he did the same thing, but more subtly.

All the world wept at the news of his death -- all except for the most vicious and ignorant parts of it, which lie deep in the heart of the Confederacy.

In retrospect, there can be no doubt that the assassination of John F. Kennedy was an inside job, a military coup d'etat, the beginning of the end of America as it once could have been.

A year ago I wrote a three-part series which I hope all my readers will revisit -- or read for the first time. 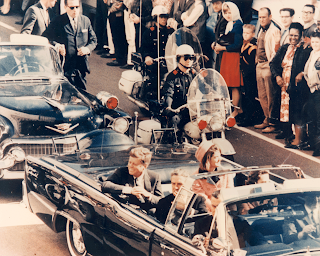 [2] The Coverup Continues: 'JFK Was A Hawk' And Other Stories 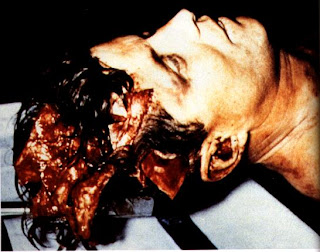 [3] 'Better Than Doyle': Camouflage In The JFK Assassination Would Have Fooled Sherlock

Forty-four years ago, it was relatively easy to get an open shot at the President of the United States, as long as you didn't mind getting caught. John F. Kennedy, the 35th President, used to wander into crowds to shake hands, and there were no metal detectors at the gates. Quite often there were no gates.

But if you wanted to shoot the President and get away with it, your task was more difficult. And the men behind the coup that shook the world forty-four years ago were not about to risk getting caught.

File under: JFK
Email ThisBlogThis!Share to TwitterShare to FacebookShare to Pinterest
Posted by Winter Patriot