Christmas And The GWOT [2]: Personal Salvation And National Destruction 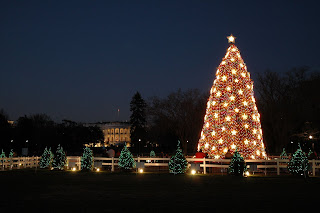 In my previous post, "Christmas And The GWOT", I wrote about not wanting to celebrate Christmas in the midst of the Glorious War On Terror, and readers responded with many interesting comments of their own. Most were well-informed and well-meaning, as far as I could tell; yet virtually all of them missed the point I was trying to make. And that tells me I didn't make the point at all.

One comment said I was "conflating Christmas with the crazies' war on the universe". As I understand the meaning of the term "conflate", I wasn't doing that at all. Perhaps I should have been.

Other comments mentioned commercialism and the weather; still others attempted to raise my spirits. And I appreciate the sentiments. But my spirits don't need a boost.

My disenchantment with Christmas doesn't stem primarily from my aversion to the crass commercial consumerism with which the season manifests itself each year. Nor does it have much to do with the weather.

Yes, it's the cold, dark, damp season; but fortunately my family and I usually manage to stay warm and dry. And yes, the plastic crap is everywhere and the advertising is atrocious, just like every year only worse; but I've been avoiding that for my whole life and nothing is different about it now.

I think I'm mostly feeling alienated from Christmas during the GWOT because of what goes on in church.

These are the sorts of things -- other than my family -- that bring me to church. I want to hear the preacher say "Thou Shalt Not Kill!" and I want to hear it loud, in the widest context possible.

I want to hear a long-winded explication of Matthew 25:31-46, the passage where Jesus says:

[31] When the Son of man shall come in his glory, and all the holy angels with him, then shall he sit upon the throne of his glory: [32] And before him shall be gathered all nations: and he shall separate them one from another, as a shepherd divideth [his] sheep from the goats: [33] And he shall set the sheep on his right hand, but the goats on the left.

[34] Then shall the King say unto them on his right hand, Come, ye blessed of my Father, inherit the kingdom prepared for you from the foundation of the world: [35] For I was an hungred, and ye gave me meat: I was thirsty, and ye gave me drink: I was a stranger, and ye took me in: [36] Naked, and ye clothed me: I was sick, and ye visited me: I was in prison, and ye came unto me.

[41] Then shall he say also unto them on the left hand, Depart from me, ye cursed, into everlasting fire, prepared for the devil and his angels: [42] For I was an hungred, and ye gave me no meat: I was thirsty, and ye gave me no drink: [43] I was a stranger, and ye took me not in: naked, and ye clothed me not: sick, and in prison, and ye visited me not.

[44] Then shall they also answer him, saying, Lord, when saw we thee an hungred, or athirst, or a stranger, or naked, or sick, or in prison, and did not minister unto thee?

[45] Then shall he answer them, saying, Verily I say unto you, Inasmuch as ye did [it] not to one of the least of these, ye did [it] not to me. [46] And these shall go away into everlasting punishment: but the righteous into life eternal.

But -- even though I attend what may be the most "enlightened" Christian church in the area -- I never hear anything of the sort.

For God so loved the world, that he gave his only begotten Son, that whosoever believeth in him should not perish, but have everlasting life.

I hear it in its shorter forms, and I hear it in longer forms as well. No matter what the subject of the week happens to be, the preacher almost always gets around to telling us:

If you believe that Jesus Christ is the Son of God and that He died to pay the wages of your sin, then you can ask him into your life, and He will dwell in your heart and become your personal Savior. And all your sins will be cleansed by His blood and you will be assured of a place in Heaven.

The main attraction of Heaven, of course, is eternal life, which is held to be much more "real" than our troubled but temporary life here on Earth. And to some -- most? -- believers, life here on the planet seems to be more or less meaningless.

If you'll forgive me for saying so, I've never been much impressed by the promise of eternal life. I figure when the time comes for me to die, I'll have had about as much of life as I can handle. I've had almost enough already. And I'd be quite content to die and decompose, like the worms in the garden. Such is life, as I see it. But apparently I'm unusual.

Perhaps because I'm not bowled over by the product on offer, I go to church with my shields and filters on -- the same as I live the rest of my life. I don't take every word as "gospel truth" -- even if it comes from one of the Gospels (John 3:16, for instance) -- but I do listen carefully. I notice the things that are missing (like Matthew 25); and I notice the things that have changed.

When I was young, we never heard any talk about Jesus as a "personal Savior" -- of course we didn't have personal computers back then, or personal trainers either. The modern emphasis on the personal aspect of Christianity -- the idea that you must have a personal relationship with Jesus so he can become your personal Savior -- makes Jesus out to be something of a personal trainer for the soul. It also helps to separate us as individuals from the groups to which we belong, formally or otherwise.

The undeniable good we do as a congregation is always congratulated, but the equally undeniable harm we do as part of a larger group is never mentioned. 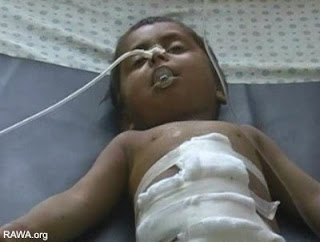 Whenever the subject of the GWOT is touched on, it's always a shame that the war has been going on for so long, and that our soldiers are being killed. The fact that we're not winning is never in the picture; but it's never very far away, either.

Personally, I'm a bit dubious of the value of eternal life, and somewhat skeptical of the promise, as well, so even though I go to church regularly, I tend to see everything a bit differently than those around me do.

Many of them seem to feel -- and some have told me explicitly -- that they will bear any injury in silence, trusting in their final reward, which will compensate for all the pain they have suffered, pain which in "the big picture" is more or less meaningless.

There are a couple of problems here. First, we have a recipe for becoming and remaining oppressed. Those who will bear any injury in silence will continue to suffer further injuries. Of that there is no doubt.

Then there's this: if you believe in Jesus, if He has become your personal Savior, if His death has already paid the wages of the sins you committed, and the sins you have yet to commit, then you can do anything you want -- and you needn't feel guilty about anything.

Thus the great promise of Christmas has been transmuted into a justification for national psychopathy.

By reducing the rich and complex message provided by the life of Christ to a single verse, and by ignoring everything else, including all the most powerful words spoken by Jesus himself, we can be assured of our personal salvation, even while destroying one nation after another, including our own.

And that is why I choose not to celebrate.

It's about the insanity.