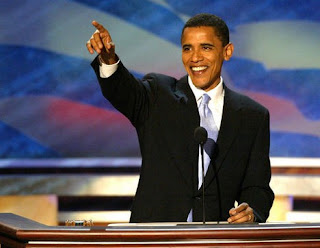 Bob Fertik of donkeys dot com has started an escrow fund for Barack Obama; it's a form of conditional delayed support [read: bribery].

The catch: Obama won't be able to get the money until he starts sounding like a "progressive", rather than continuing to reveal himself as a "moderate" "centrist" imperialist warmonger.

Fertik says he wants to put a million dollars on the table and see if that changes Obama's opinions.

The money might not sway any of Obama's opinions, and it certainly won't change his agenda in any way; but it might get him to start telling more comforting lies.

And -- sadly -- that's all it would take to ensure the unwavering support of all the donkeys who consider themselves progressive ... and who thereby render real progress impossible.
File under: Barack Obama
Email ThisBlogThis!Share to TwitterShare to FacebookShare to Pinterest
Posted by Winter Patriot