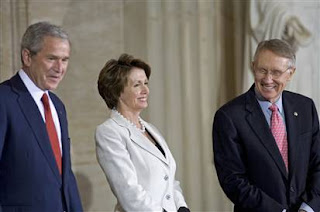 Nancy Pelosi on The View via Democracy Now!:

when I became Speaker — and it’s, by the way, a very important position — President, Vice President, Speaker of the House — I saw it as my responsibility to try to bring a much divided country together to the extent that we could. I thought that impeachment would be divisive for the country.
...

If somebody had a crime that the President had committed, that would be a different story.

I have a great deal of respect for Speaker Pelosi, and I think that since she made that statement on The View, there’s an opportunity now for us to come forward and to lay all the facts out so that she can reconsider her decision not to permit the Judiciary Committee to proceed with a full impeachment hearing. 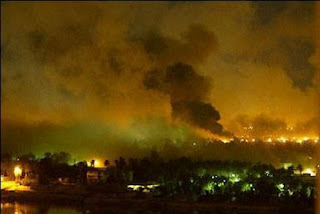 One cold blogger on his way out the door:

Puh-leeze. A great deal of respect? For what???

If Nancy Pelosi is not aware of any of the crimes committed by this unelected president and his administration, then she is not fit to hold public office -- no office of any kind, let alone "a very important position — President, Vice President, Speaker of the House".

And if she is aware of those crimes but pretending to be unaware of them, then she deserves to be taken out and shot -- just like all the rest of the criminal enablers in this supposedly Democratic congress. 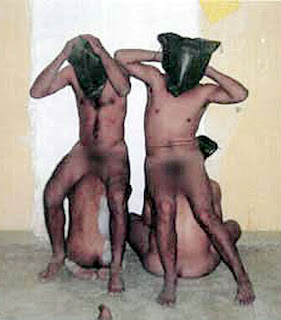 Once and for all, let's get this straight:

"Unifying the country" means nothing more or less than "legitimizing the crimes of the Bush administration".

Impeachment would be divisive because it would acknowledge that the nation has been betrayed by its so-called leadership.

It would demand accountability.

It would give us half a chance for a decent future.

It would put most of the congress in nooses.

And that's why it's not going to happen.
File under: Barack Obama, Dennis Kucinich, impeachment, Nancy Pelosi
Email ThisBlogThis!Share to TwitterShare to FacebookShare to Pinterest
Posted by Winter Patriot