Chinese Terror Attack A Harbinger Of Much Worse To Come: Tarpley 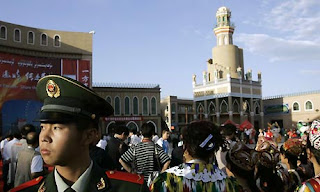 The terrorist attack that killed at least 16 Chinese policemen yesterday appears to confirm the warning issued by Webster Tarpley last week. Tarpley's piece claims NATO (US/UK) intelligence is behind the “Turkestan Islamic Party,” which the Chinese have blamed for yesterday's attack.

Reliable Australian intelligence sources have issued a warning that US-UK intelligence is attempting to mount a false flag terror operation against China, quite possibly featuring a gaggle of patsies calling themselves the “Turkestan Islamic Party,” at the upcoming Beijing Olympics, where the eyes of the world will be concentrated next week. The goal of the operation will be to duplicate or surpass the bloodbaths the Mexico City 1968 and/or Munich 1972 summer games. Commandant Seyfullah of the Turkestan Islamic Party (TIP) claims in a video tirade displayed by a US company’s website to represent the Turkish Moslems of Sinkiang province or Chinese Turkestan, where the Anglo-Americans have long sponsored an abortive separatist movement. Patsy leader Seyfullah and his Turkestan Islamic Party have been indirectly mentioned twice over the past two years by Ayman Zawahiri, the veteran British agent who functions as the real leader of “al Qaeda,” in effect sheep-dipping the little known TIP in the vast pool of “al Qaeda” notoriety. If the planned operation actually takes place, the current Chinese leadership will – in the hopes of the plotters -- loose face and forfeit the mandate of heaven, the prerequisites for continued rule. This could then be the prelude to the installation of a new Chinese government far less committed to the Shanghai Cooperation Organization and to cooperation with Russia. It might be a first step towards splitting the SCO and turning Beijing against Moscow, which is the current goal of Anglo-American grand strategy.

Weapons in Xinjiang attack resemble those of East Turkistan terrorists'

The gun and explosives found at the site of the fatal attack on policemen in Kashi City were similar to those used by East Turkistan terrorists, Xinjiang public security authority said Tuesday.

Police found nine home-made explosive items and a home-made [gun at] the site of the suspected terrorist attack that left at least 16 border policemen dead and 16 others injured on Monday morning in Kashi City, Xinjiang Uygur Autonomous Region in northwest China.

The explosives and the gun were similar to those found by Xinjiang police at a training base of the "East Turkistan Islamic Movement" in a crackdown in January, 2007, according to the autonomous regional public security bureau.

Two knives and some propaganda posters advocating the "holy war" were also discovered at the site of the attack, just 100 meters away from the Kashi border police division, the bureau said in a statement released on Tuesday.

The statement said the two suspects, who were arrested on the spot, lived in Kashi City.

One of the suspects is a taxi driver and the other a vegetable peddler, and the attack had been premeditated, the bureau said, citing initial investigation results.

One of the attackers drove a truck to ram into a team of more than 70 policemen who were jogging during a regular exercise at about 8:00 a.m.

The driver and the other attacker also threw explosives at the team and the gate of the station.

Road checks have been strengthened across Xinjiang and the local authorities in Kashi have ordered a full security alert in public places including government office buildings, schools and hospitals.

The Spanish government and the United States have expressed their strongest condemnation of the bloody attack.

The perpetrators always condemn the attack in the strongest terms. This is not how we identify the perps, but condemning the attack doesn't exactly exonerate anyone. 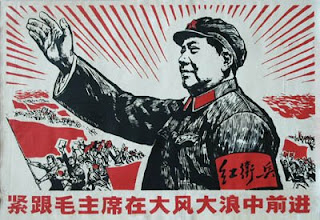 Meanwhile the Chinese authorities are busy clamping down:

China tightened security in its northwestern province of Xinjiang on Tuesday in the aftermath of an attack that killed 16 police officers just days before Beijing hosts the Summer Olympics.

Chinese authorities said Tuesday that the two men who carried out Monday's bomb attack in the city of Kashgar were carrying documents calling for a holy war.

An official in Xinjiang province said 18 "foreign agitators" have been arrested following the attack, which also injured 16 other officers, the Reuters news agency reported.

While the incident happened 4,000 kilometres from Beijing, officials insisted they were "confident" of holding a safe Olympics for athletes and spectators.

In the capital, more than 100,000 police and soldiers were on standby ahead of Friday's Olympics opening ceremony.

"Currently all security measures relating to the Olympic Games have been implemented in a comprehensive manner, and we are prepared to respond to all kinds of security threats," China's official Xinhua news agency quoted Sun Weide, a media official for the Games organizing committee, as saying Tuesday.

A full security alert has been issued in public places, including government office buildings, schools and hospitals, Xinhua said.

It's interesting to watch the official story changing:

Police confirmed the two men who killed the officers were Uyghurs, members of a significant Muslim minority in the northwestern province.

The minority group has waged a sporadically violent rebellion against Chinese rule.

Police clarified that rather than attacking a police station, as initially alleged, the two suspects targeted a group of about 70 police officers who were out jogging.

One attacker's arms were blown off shortly after he lit a fuse.

After subduing the attackers, police found the documents calling for a holy war, as well as a firearm and 10 more bombs, authorities said.

The Holy War documents are a nice touch, don't you think? Just in case anybody needed help putting two and two together.

The original descriptions of the attack were quite different:

The attack appears to be the most serious incident in the area for several years.

Two assailants used a dump truck to target a paramilitary border police station in Kashgar, running down and then stabbing a team of policemen on their morning drills before exploding grenades, the state news agency Xinhua said.

Are we getting used to seeing news stories change? That would be a bad sign.

The New York Times is playing the usual tune; yet another refrain of "Oh, al-Qaeda!"

A day after two men attacked a military police unit in the country’s far northwest, killing 16 and wounding 16 others, the Chinese authorities sought to portray the ambush as an act of terrorism and said the men were members of an outlawed organization they contend has links to Al Qaeda.

Unsurprisingly, the Chinese authorities are playing this drama to the hilt:

Islamic separatists in western China are executing a carefully laid plan to sabotage the Beijing Olympics and make 2008 a “year of mourning”, a senior Chinese official claimed today — a day after a devastating attack that killed 16 policemen in the desert city of Kashgar.

In the first official response to the attacks, Shi Dagang, a senior Communist Party official in Kashgar, said that China faced a long struggle against terrorism perpetrated by local and foreign separatists seeking to establish an independent state of East Turkestan in the Muslim-dominated Xinjiang province.

“Since last year, East Turkestan forces have tried to launch sabotage and violence against the Beijing Games,” Mr Shi said. “They are trying to turn 2008 into a year of mourning for China.

“I admit that we face a severe campaign because I know that these people will not lose their momentum, but we are confident that we can control the broader environment.”

Does the script sound familiar? The authorities have all the suspects under arrest but still claim that "these people will not lose their momentum" ... because it's always handy -- some would say "indispensable" to have a determined, implacable, eternal foe.

That part of the script sounds familiar too, doesn't it?

The threatened Olympic terror event may have a second phase, designed to prevent a wave of world sympathy for the Chinese and other victims of whatever happens. An attempt to disrupt the world-wide operations of the internet may ensue, presented as the retaliation or riposte by the Chinese for what has been done to them by the foreign devils. Logic bombs or more sophisticated means could be used to disrupt the world-wide internet, shutting it down in whole or in part for days or weeks. International financial transactions might also become chaotic. Someone might begin dumping US Treasury paper, with the controlled western media blaming the Chinese government, even though the prospect of any direct or immediate Chinese government retaliation is remote. The massive hardships that can be inflicted by computer and cyber-based disruption would be used to whip up resentment and hatred in the west against the Chinese, changing the world strategic climate dramatically. Some patsy group calling itself a Chinese secret society might announce that it had finally become fed up with the arrogance, the interference, and the aggression of the Anglo-Americans, and that it had decided to strike back on its own. This would allow the US and UK to demanded that the Chinese government hand over these malefactors in a humiliating gesture, leading to an escalating diplomatic and strategic crisis. These are but a few crude hypotheses drawn from the immense pool of possibilities. In many of these we see that the scope of terror could suddenly become much larger, due to the immense strategic potential on the Anglo-American and Chinese sides.

You can read the rest of Tarpley's analysis here.
File under: Ayman al-Zawarhi, China, synthetic terror, Webster Tarpley
Email ThisBlogThis!Share to TwitterShare to FacebookShare to Pinterest
Posted by Winter Patriot