Suicided And Slandered: Scientist's Death Comes With Enough Lies To Disappear The Scandal Of The Century 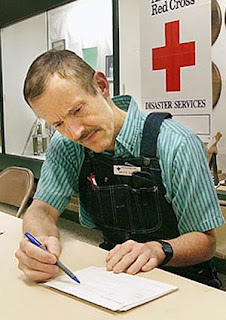 At the bottom of this post you will find links to many good (and, indeed, excellent) articles about the supposed suicide of Bruce E. Ivins -- the alleged anthrax killer -- and all the nonsense that has gone on in the aftermath of his death.

I assume most readers are at least somewhat familiar with the story; if you're not, a good read through the links below is definitely in order.

Several points beg to be made:

According to the FBI itself, the anthrax attacks of 2001 were made in America. Some observers are less than surprised.

The targets had all either crossed the Bush family or were standing in the way of a mad dash to tyranny, or both.

Clumsy attempts were made to frame Arabs, and outrageous claims were used as a basis for wars of aggression and the destruction of civil liberties.

The anthrax attacks were carefully timed to provide an "irresistible" aftershock following the attacks of 9/11.

Neither the attacks of 9/11 nor the subsequent anthrax attacks have ever been explained in a way that is even slightly credible, except by independent researchers whose explanations are mocked by so-called "serious" commentators.

The most prominent media villain in the story is ABC's Brian Ross, who has consistently trumpeted false claims about the origin of the anthrax and steadfastly protected the sources who fed him those false claims. This is the same Brian Ross who always breaks the stories about upcoming bogus al Qaeda videos, which Ross always claims are authentic, even though some of them are utterly laughable.

Brian Ross is apparently tightly connected to the Rita Katz and the SITE Institute, which always seems to get these videos a day or two before the "Islamic militants" get them.

Katz and SITE are also tightly connected to the Bush family and Israeli intelligence.

In other words, the anthrax attacks and 9/11 are part of the same story. The Bush crime family and Israeli intelligence both play huge parts in this story; so do the PNAC with their mad dreams of global empire, and a stolen election. None of it would have been remotely possible unless our "mainstream news media" were actually organs of state propaganda.

One of the individuals who played huge parts in the combined story is a consummate insider: alleged counter-terrorist Jerome Hauer.

Jerome Hauer -- whose job description as the director of the national Office of Public Health Preparedness indicates that he should be trying to protect the nation from terrorism -- appeared on CBS news on 9/11 and blamed the attacks of the day on Osama bin Laden.

Hauer gave no evidence to support his implication -- indeed there was none, and to this day the FBI has no hard evidence tying Osama bin Laden to the crimes of 9/11. But that didn't stop Jerome Hauer from implicating him -- and by association, all of Afghanistan (which is still suffering from the slander).

Outrageous implication was Jerome Hauer's main job that day, apparently -- he also explained to Dan Rather's stunned viewers that the twin towers had "collapsed" because of the "intense heat of the fires" -- and of course the impact from the planes.

But outrageous implication wasn't Jerome Hauer's only job on 9/11; he also reportedly advised the occupants of the White House that same day to protect themselves against anthrax by taking Cipro.

This was astonishing because the warning came a week before any of the anthrax letters were even posted -- much less delivered, detected and publicized.

You can hear Jerome Hauer spinning the big lie (beginning at 2:30) in this video:

You can read more about Jerome Hauer here.

You can also see how concerned the White House was about anthrax from this report from the October 23, 2001 edition of the Washington Post:

President Bush said confidently Tuesday that "I don't have anthrax" after biohazard testing at the White House and the discovery of anthrax on a mail-opening machine at a screening facility six miles away.

All White House mail – more than 40,000 letters a week – is examined at military facilities across the Potomac River.

"Let me put it this way," Bush said. "I'm confident that when I come to work tomorrow, I'll be safe."

Asked if he was tested for the germ that has killed three people already this month, or if he was taking precautionary antibiotics, Bush replied simply: "I don't have anthrax."

At least some White House personnel were given Cipro six weeks ago. White House officials won't discuss who might be receiving the anthrax-treating antibiotic now.

On the night of the Sept. 11 attacks, the White House Medical Office dispensed Cipro to staff accompanying Vice President Dick Cheney as he was secreted off to the safety of Camp David, and told them it was "a precaution," according to one person directly involved.

At that time, nobody [sic] could guess [sic] the dimensions of the terrorists' [sic] plot.

And finally (for now): Some of our most talented observers have all the threads of this story in their hands, but most of them are having awful trouble weaving them together and "guessing the dimensions of the terrorists' plot" -- or perhaps I should say they are having trouble accepting the inevitable conclusions of their evidence.

There are three major forces at work here, in my view. One is straightforward collusion, and signs of it keep popping up in distressing places. But even honest writers have trouble with this story, and for them (for us!) the main impediments are propaganda and denial. Nobody is immune to either one; but some are apparently much more vulnerable than others.

If some of our best observers cannot do it, consider how difficult it must be for those with average, or below-average analytical skills, those with less education, those with less time to spend reading, and those whose only source of news (still!) is the complicit mainstream media ...

... all of which explains (in a very unsatisfactory way) why this case will soon be closed, without the true story ever coming to light.

And nary a whimper from the vast unwashed will you hear in the big media.

Go ahead! Read! It won't hurt you.

Justin Raimundo:
Bruce Ivins: The Movie: Anthrax mystery: the FBI/media narrative is laughable – and sinister
The Patsy: Was Bruce Ivins the anthrax killer?