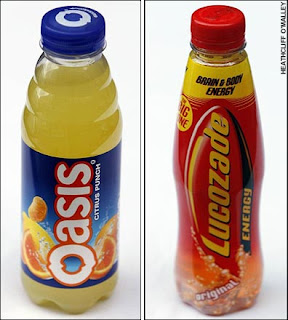 In the UK, the prosecution has laid out its case against the alleged terrorist plotters who have come to be known as the "Liquid Bombers", and it's much different than the stories that were leaked just after the suspects were arrested, two years ago this weekend.

Those stories sparked considerable interest at this blog, where chemistry is no barrier. And the previous leaked versions of the alleged plot were utterly preposterous, as I've pointed out several times since they were leaked.

But the new alleged plot -- the one testified to in court by British authorities -- is even more ludicrous than the alleged plots in any of the previously leaked stories.

The technical difficulties inherent in the new alleged plot have been hinted at -- just barely -- in mainstream media reports, such as one from New York Times reporter Elaine Sciolino, as published in the Seattle Times, which read:

Using a sealed 17-ounce sports drink, the men planned to drain the plastic bottle through a tiny hole in the bottom and then inject an explosive mix of concentrated hydrogen-peroxide, along with food coloring to make it look like the original beverage. Super Glue would seal it shut. AA batteries filled with the explosive HMTD would serve as the detonator; a disposable camera would serve as the trigger.

Prosecutors said the men planned to carry the components onto seven trans-Atlantic planes, assemble them and then explode them in midair.

WOW! Is that ALL they were trying to do?

Is this admirable brevity, or lying by omission? You decide.

Instructions for such a plot, in plain English, would run like this:

Go get some AA batteries, and start taking them apart. But do it very carefully; make sure you don't damage them. We have to be able to put them back together later -- without the cores -- and make them look like new.

What? It sounds tough? Don't worry: that's nothing compared to the other things we have to do.

Buy some bottles of sports drink -- Oasis, Lucozade, it really doesn't matter. And get a syringe, too. We'll use it to empty the bottles, and we'll use it again to refill them later. Remember to inject air into the bottles while emptying them; otherwise they'll collapse.

And that would be no good, because we need to keep them in mint condition. That's why we're not going to unscrew the tops. But don't worry. With enough patience, this part of the job is easy.

Also, buy some hydrogen peroxide -- lots of it. We won't need much, but the peroxide we need is much stronger than what you can buy in the shops. So we'll have to boil it down ourselves. This part of the process will be difficult and dangerous, but don't worry.

The danger has to do with the nature of hydrogen peroxide. It decomposes spontaneously, producing water and oxygen and heat. So if you boil it, you've got additional heat, and a strong possibility of spontaneous detonation. But don't worry. The concentrated peroxide we produce will be our ticket to paradise -- and countless virgins!

Get some Tang, and some cherry Kool-Aid, too. We'll add them to our concentrated peroxide, once it's ready, to make it look like the original sports drinks.

Then, using the syringe, we'll refill the bottles. This is going to be difficult and time-consuming. Remember to draw air from the bottle with each injection. We don't want the pressure in the bottle to build up.

It's dangerous, but not too dangerous. So don't worry. Just don't let any of the concentrated peroxide touch you -- or your clothing -- because it'll burst into flame.

Get some disposable cameras. We'll re-wire the flash and use that surge of electricity for something else. Ha ha ha!

Oh, right! The primary charge. Here's the sort of dangerous part. We're going to make some HMTD. That's "hexamethylene triperoxide diamine". We can make it with common household items, so you'd better buy some nitrogen-based fertilizer, and some bleach or strong acid, too.

Once we've made the HMTD, we're going to put the batteries back together with HMTD inside them. Take your time with this stuff; HMTD is sensitive to shock and friction, so we always have to be careful with it. But Allah will protect us. So don't worry. 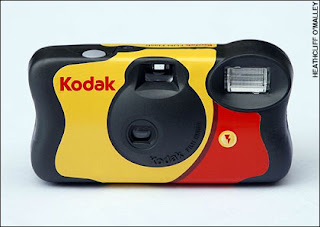 Then we'll sneak everything onto airplanes, and be cool about it. Once we're safely aloft, we'll tape the battery to the bottle, wire it to the disposable camera, and presto! An anti-aircraft bomb.

The sugar in the Tang will give it even more explosive power. Just wait and see.

When the Lucozade bottles are full, seal the holes with Super Glue. This is where it gets tricky. But don't worry.

The concentrated peroxide will continue to decompose, giving off oxygen and building up pressure in the bottles. The bottles are not designed to hold pressurized contents; so it won't take much to rupture them. And that's why -- as I say -- things might get a bit tricky once they're sealed.

Because after we seal them we're going to put them in our pockets, and we're going to carry them to the airport that way, and of course if any of the bottles burst from the pressure, our clothing will burst into flame immediately. So we'll pray for Allah to be with us -- and maybe we should also pray for some help from the maniac who thought this plan would work.

Where is he, anyway? Why is he never around when you need him? And do you really think the conspiracy theorists are crazy when they say he must have been working for ISI -- and MI6?

I'm not claiming the "instructions" quoted above were delivered. We have good reason to believe no instructions of the sort were ever delivered to anyone. But that's a bit of a problem for the British authorities.

The jury is out in this case -- they've been out for a while, and now they're enjoying a two-week holiday. From the look of things, they appear set to deliberate forever. According to published media reports, it seems they haven't got enough evidence to convict the accused "terrorist plotters", and in the virulently anti-Muslim political climate of the day, they clearly haven't got enough confidence to acquit them. So there it hangs -- in a fine and apparently synthetic balance.

The prosecution showed the jury a video of a bomb exploding. They said this was the sort of bomb that the alleged plotters were allegedly plotting to make. And the explosion was terrific. In fact the bomb components were so sensitive that the police had to assemble the demonstration bomb with a robot -- in order not to risk injuring anyone through premature detonation.

But the judge had to remind the jury that the explosion they saw had come from a bomb made by the police, and that the alleged plotters had made no such bomb.

The police seized many bottles of garden-variety [3%] hydrogen peroxide, and one bottle of highly concentrated peroxide. The prosecution showed surveillance tapes of the alleged plotters visiting the shops, buying Lucozade and glassware ... but where did the concentrated peroxide come from? Nobody's saying. Why isn't this question of interest? I have my ideas.

Concentrated peroxide cannot be obtained without credentials. Who in this case had credentials? Who could obtain peroxide without leaving an incriminating trail? Who had the ability to plant evidence?

The alleged plotters met in a flat they had bought for about $270,000. Where did the money come from? Nobody's saying. Why isn't this question of interest? I have my ideas.

Several of the alleged plotters have already pleaded guilty to planning to cause a disturbance. But they all deny that they were trying to destroy airplanes, and the prosecution doesn't appear to have proven that they were.

The police had a surveillance camera in the alleged plotters' flat. The saw and heard everything that went on there. And yet they don't have enough evidence to convince a jury that the alleged plotters were doing what they were allegedly doing. So the jury continues to deliberate.

We could see this coming a long time ago. The police began a search of the woods near where the suspects lived two years ago, on August 9th. On that day, they claim, they found a suitcase presumably owned by the suspects, containing bomb-making materials, presumably put there by the suspects. But they continued to search the woods, apparently finding nothing, and the search was finally called off in December, having cost the taxpayers tens of millions.

If I were on the jury, I'd be saying:

Let's get out of here. If the cops had access to the flat to install a video camera, they had access to plant evidence. If they can't show where the most incriminating stuff came from, it's only logical to assume they put it there themselves. What are we gonna do, miss the rest of our lives sitting here arguing about it? We've been had, again. Enough is enough. What are we waiting for?

I might not convince everybody, but that wouldn't be my goal. I'd be waiting for the judge to indicate that a unanimous verdict wasn't necessary, that 11-1 or 10-2 would be good enough -- just like in the most famous previous HMTD case, and then I would only have to find nine intelligent life forms among the other eleven jury members, and we could all get out of there alive.

Not that it would matter much. The alleged plotters aren't smart enough to disassemble AA batteries without destroying them, much less get over all the other technical hurdles. But that's not a knock; nobody's smart enough to do things that are impossible.

And meanwhile the forces of tyranny already have everything they could have asked for from this case: There's ridiculously tight airport security all over the world now, all because of this palpably bogus story. And that's just the beginning of what they have gained.

The fear injected into the political echo machine two years ago reverberated for a long time -- long enough to provide some "political capital" for those who fight this bogus Terror War -- and played no small part in the passage of the Military Commissions Act, which gives our unelected president retroactive immunity for having ordered torture, as well as the power to define what shall constitute torture in the future.

This outrageous presidential power is much more important than putting a handful of knuckleheads in prison.

And so, even if the alleged plotters are acquitted, the forces of darkness will have won -- again!

I'll have more on this story again soon.

thirty-fourth in a series