Local And State Police To Be Granted New Spy Powers 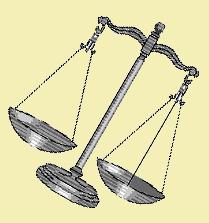 According to Spencer Hsu and Carrie Johnson in the Washington Post,

The Justice Department has proposed a new domestic spying measure that would make it easier for state and local police to collect intelligence about Americans, share the sensitive data with federal agencies and retain it for at least 10 years.

The proposed changes would revise the federal government's rules for police intelligence-gathering for the first time since 1993 and would apply to any of the nation's 18,000 state and local police agencies that receive roughly $1.6 billion each year in federal grants.

Quietly unveiled late last month, the proposal is part of a flurry of domestic intelligence changes issued and planned by the Bush administration in its waning months. They include a recent executive order that guides the reorganization of federal spy agencies and a pending Justice Department overhaul of FBI procedures for gathering intelligence and investigating terrorism cases within U.S. borders.

Taken together, critics in Congress and elsewhere say, the moves are intended to lock in policies for Bush's successor and to enshrine controversial post-Sept. 11 approaches that some say have fed the greatest expansion of executive authority since the Watergate era.

They're kidding, right? "Some say"? "Since the Watergate era"?

No, they're not kidding. This is post-democratic American simulated journalism at its finest -- which is to say, get used to it!

These moves are intended to lock in policies for Bush's successor and to enshrine the greatest expansion of executive authority ever!

This is much, much worse than Watergate -- which was considered a national disgrace, remember? ... which was resisted by the Democrats and by the press, remember? ... including a couple of young "reporters", one of whom was actually an intelligence officer, and as we found out years later, the whole thing was a great big charade, designed to oust the by-then completely crazy Richard Nixon and leave the reins of power in the hands of the much more pliable long-time FBI asset, Gerald Ford ... Do you remember that?

And much of this simulated national drama was played out in the editorial offices of ... [drum roll] ... the Washington Post! Do you remember that, too?

We're not supposed to remember anything anymore, apparently. Or not much, anyway. So for the the next several paragraphs, our esteemed authors give us the point of view of government supporters, and they say things like this:

Supporters say the measures simply codify existing counterterrorism practices and policies that are endorsed by lawmakers and independent experts such as the 9/11 Commission. They say the measures preserve civil liberties and are subject to internal oversight.

WOW! Really?? Did somebody actually type the phrase "independent experts such as the 9/11 Commission"? Or did the editors simply copy and paste it in, like I did?

How could you type such a thing? How could such a thought even enter your head?

Actually, it makes as much sense as "internal oversight", doesn't it?

Under the Justice Department proposal for state and local police, published for public comment July 31, law enforcement agencies would be allowed to target groups as well as individuals, and to launch a criminal intelligence investigation based on the suspicion that a target is engaged in terrorism or providing material support to terrorists. They also could share results with a constellation of federal law enforcement and intelligence agencies, and others in many cases.

On the day the police proposal was put forward, the White House announced it had updated Reagan-era operating guidelines for the U.S. intelligence community. The revised Executive Order 12333 established guidelines for overseas spying and called for better sharing of information with local law enforcement. It directed the CIA and other spy agencies to "provide specialized equipment, technical knowledge or assistance of expert personnel" to support state and local authorities.

And last week, Attorney General Michael B. Mukasey said that the Justice Department will release new guidelines within weeks to streamline and unify FBI investigations of criminal law enforcement matters and national security threats. The changes will clarify what tools agents can employ and whose approval they must obtain.

With the FBI having recently refused to assure Congress it wasn't protecting violent criminal informants, and in the wake of one transparent "terrorist" entrapment fiction after another, it's tough to imagine that "streamlining" the FBI's investigations could possibly be a good thing for anybody -- except the FBI.

And it's not even possible to imagine Michael Mukasey -- who wouldn't even admit that waterboarding is torture -- doing anything to protect your Constitutional rights, especially at the expense of the radical "unitary executive".

The recent moves continue a steady expansion of the intelligence role of U.S. law enforcement, breaking down a wall erected after congressional hearings in 1976 to rein in such activity.

Some other interesting points from the same article:

The push to transform FBI and local police intelligence operations has triggered wider debate over who will be targeted, what will be done with the information collected and who will oversee such activities.

To these three easy questions, the answers are: [1] Everybody, especially YOU. [2] Anything they want to do, and [3] Nobody whose interests correspond with yours.

Many security analysts faulted U.S. authorities after the 2001 terrorist attacks, saying the FBI was not combating terrorist plots before they were carried out and needed to proactively use intelligence.

But rather than following up on the next logical question, namely: "Why didn't they use the intelligence they were gathering?", Spencer Hsu and Carrie Johnson protect their paychecks (certain lines must not be crossed, wink wink!, nudge nudge!), although they do admit that

civil liberties groups and some members of Congress have criticized the administration for unilaterally expanding surveillance and moving too fast to share sensitive information without safeguards.

But as always in post-democratic American simulated-journalism, nobody's allowed (or sufficiently courageous -- what's the difference?) to state a clear fact without putting it in the mouth of a speaker who is easily dismissed as "political". Thus

Critics say preemptive law enforcement in the absence of a crime can violate the Constitution and due process. They cite the administration's long-running warrantless-surveillance program, which was set up outside the courts, and the FBI's acknowledgment that it abused its intelligence-gathering privileges in hundreds of cases by using inadequately documented administrative orders to obtain telephone, e-mail, financial and other personal records of U.S. citizens without warrants.

It does violate the Constitution and it obliterates due process.
But the authors can't (or won't) say that; instead they attribute a watered-down version of the obvious truth in the words of anonymous "critics" and move on to quote a 9/11 cover-up insider -- sorry: independent expert -- Jamie Gorelick:

Former Justice Department official Jamie S. Gorelick said the new FBI guidelines on their own do not raise alarms. But she cited the recent disclosure that undercover Maryland State Police agents spied on death penalty opponents and antiwar groups in 2005 and 2006 to emphasize that the policies would require close oversight.

"If properly implemented, this should assure the public that people are not being investigated by agencies who are not trained in how to protect constitutional rights," said the former deputy attorney general. "The FBI will need to be vigilant -- both in its policies and its practices -- to live up to that promise."

It's beyond laughable, really. Gorelick blames the state police, emphasizes the need for oversight, and winds up with a conditional recommendation: "If properly implemented".

That's a good one. If my aunt had balls she'd be my uncle. But the Washington Post can't say that either.

To its credit, the Post article does include some critical quotes attributed to a named individual, who hits at least one nail on the head:

[Michael] German, an FBI agent for 16 years [and policy counsel for the American Civil Liberties Union], said easing established limits on intelligence-gathering would lead to abuses against peaceful political dissenters. In addition to the Maryland case, he pointed to reports in the past six years that undercover New York police officers infiltrated protest groups before the 2004 Republican National Convention; that California state agents eavesdropped on peace, animal rights and labor activists; and that Denver police spied on Amnesty International and others before being discovered.

But one former FBI officer's opinion doesn't carry much weight against the advancing twin waves of horse manure and tyranny:

Mukasey said the changes will give the next president "some of the tools necessary to keep us safe" ... [and that] the new guidelines will make it easier for the FBI to use informants, conduct physical and photographic surveillance, and share data in intelligence cases, on the grounds that doing so should be no harder than in investigations of ordinary crimes.

If there's one thing we don't need, it's new rules to "make it easier for the FBI to use informants".

And if there's one thing we do need, it's a complete understanding of what it means when "law enforcement" officials claim that collection of intelligence in the absence of a crime should be "no harder" than a criminal investigation.

But the Washington Post can't tell you that, either.