Guns and Ammo, Shalom and Hateful Lies: All Good For Business 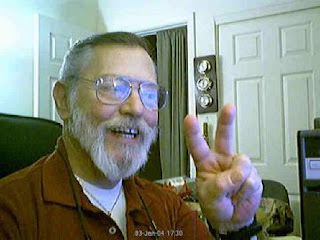 Maccabee Arms specializes in the "Made In Israel" line of fine weapons produced by Israel Weapons Industries (IWI) (formerly Israel Military Industries, IMI) and in use by the Israel Defense Forces (IDF). These include the world renown Desert Eagle, Jericho (Baby Eagle) and the Barak (SP-21).

We also sell firearms made by the other top manufacturers in the industry. In addition to new pistols, rifles, and shotguns, we carry a selection of pre-owned firearms that meet our highest standards. If the firearm that you want is available, we will find it and offer it to you at the best possible price.
...

If the firearm that you want is out there, we will find it for you. If it is not in stock, we will locate it, new or used and make it available to you as long as it is lawful for you to purchase and possess it in your City, State, or Community. (It is the buyers’ responsibility to know what he or she may or may not purchase.) 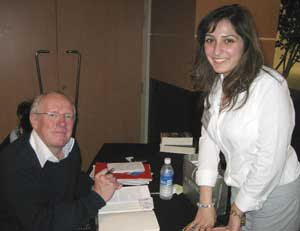 Fisk, a resident of Beirut, Lebanon for nearly 30 years and the Middle East correspondent for the UK’s The Independent, delivered a powerful and sometimes humorous address on the Middle East crisis, the injustices committed daily, and media bias. After discussing Iraq, Iran, and the divisions between Muslims, he turned to the U.S. and British administrations, Western interference and conspiracies in the Middle East.

As he recounted numerous astounding reports by such journalists as Thomas Friedman, Daniel Pipes and David Brooks, the crowd tried to stifle their laughter and gasps.

Fisk lampooned USA Today writer Ralph Peters, a retired U.S. Army officer, who wrote about why he supported the invasion: “I supported the removal of Saddam Hussain. I believed that Arabs deserved a chance to build a rule-of-law democracy in the Middle East. Based upon firsthand experience, I was convinced that the Middle East was so politically, socially, morally and intellectually stagnant that we had to risk intervention—or face generations of terrorism and tumult. I still believe that our removal of Hussain was a noble act.

“I only wish the administration had done it competently.”

“You see?” Fisk asked. “You see the white man’s burden that we are going to rescue all these guys…forget about regime change, weapons of mass destruction, or al-Qaeda.”

Fisk continued skewering Peters by quoting the writer, who first declared ”Only a military coup—which might come in the next few years—could hold the artificial country together.” Peters went on to say, “Yet, for all our errors, we did give the Iraqis a unique chance to build a rule-of-law democracy. They preferred to indulge in old hatreds, confessional violence, ethnic bigotry and a culture of corruption. It appears that the cynics were right: Arab societies can’t support democracy as we know it. And people get the government they deserve.”

Shaking his head, Fisk said, “Yes, Yes...we are witnessing the collapse of a civilization, but it’s OK folks…we can frighten some more people with our failures in Iraq. Do you see what is happening?”

In his compelling conclusion, to thundering applause and a standing ovation, Fisk stated: “Ladies and gentlemen, you know, I was struck when I listened to Barack Obama (D-IL) when he told his supporters that America’s primary concern in the Middle East is the security of Israel. He was wrong!” exclaimed Fisk. “America’s primary concern in the Middle East must be the security of all who live there, including the Israelis; Muslims, and Christians, as well as Jews, Arabs as well as Israelis.

“Ladies and gentlemen,” Fisk concluded, “democracy cannot be built on the sand of the desert. It can be built only if it is built upon justice; justice for all people of the Middle East.”

PROVIDING COMFORT AND SUPPORT TO THE ENEMY...YES, YOU ROBERT FISK

Debating the issues revolving around the Islamo-Nazi war against Western Civilization with you would be a waste of time. However, I want you to know this;

Shalom to you too, Bill. That means "Peace", right?

And by the way, there's a difference between "liable" and "libel" ... but it doesn't matter, really ... because we're not all buffoons, and your credibility would be shot even if you could spell.

So Shalom and good riddance to you, Bill Maniaci, Vietnam vet and Israeli weapons dealer ... oops! I almost forgot -- Peace is Bad for Business when you're an arms dealer, isn't it? Well then let's scratch the "Shalom" and stick with the "Good Riddance"!

Still, it's no wonder Robert Fisk says he despises the internet.

It's an ignorant and offensive thing to say, and it shows that he doesn't read the right stuff, but I can still understand why he would say it.

Could the connection between hateful lies and good business acumen be any clearer?

They just keep telling all these vicious. murderous lies ... because it's good for business!.

Get your guns and ammo here. Get some Shalom too.

It's good for business.
File under: Israel, manure, Nazis, Robert Fisk
Email ThisBlogThis!Share to TwitterShare to FacebookShare to Pinterest
Posted by Winter Patriot