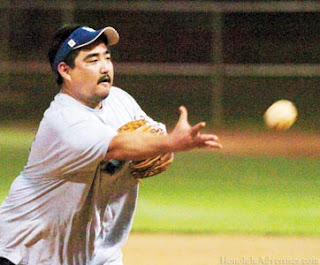 ABC News has lobbed me a softball, so let's get the cheap joke out of the way first.

The New York Times has reportedly launched an investigation into the alleged use of a homophobic epithet by a senior editor, potentially tarnishing the paper's reputation as a progressive, accepting workplace [...]

The senior editor, Michelle McNally, allegedly said "fag" or "faggot" at a company party. Quick! Launch an investigation! This could cast a pall on our reputation!

For a moment there, I thought ABC was talking about the NYT's other reputation.

Today's edition of the New York Times contains an op-ed from Daniel Benjamin and Steven Simon, who are pleading for the CIA to undertake a paramilitary intervention in Pakistan, against the publicly stated wishes of the Pakistani government and explicitly ignoring the potential impact of such an intervention on the political stability of that nuclear-armed nation. As they put it:

An operation in Pakistan’s tribal areas — setting aside the issue of whether this could politically upend President Pervez Musharraf — would be extremely difficult. But it is hard to believe it is impossible.

Having declared it "hard to believe" that their chosen mission is "impossible", Benjamin and Simon don't pause to consider any of the ramifications; they simply contend that the Pentagon can't handle such a task, so they want it done by the CIA. The International Herald Tribune has carried the op/ed as well, aptly subtitled "Unleash the CIA".

But who are these guys kidding? Aside from begging the main question -- skipping over whether such a thing should be done and focusing instead on who should do it -- they're calling for an attack on an ally, a move almost certain to topple a president we support and guaranteed to unleash even more chaos in South Asia, all based on unsubstantiated -- and disputed -- statements from the people who brought us Iraq's WMD.

Apparently the aim of said clandestine attack would be to eliminate a militant Islamic gang who were recruited, armed, trained, and funded by the very CIA which Benjamin and Simon now propose to use against them -- and, of course, to hunt down and smoke out the gang's purported leader, Osama bin Laden, who is such a vital force these days that we've seen nothing of him in years except a few recycled video clips.

Are David Benjamin and Steven Simon being investigated for trying to start another war? Of course not.

It's a good thing they didn't call Osama bin Laden a faggot.

That would have cast a pall on the NYT's reputation.
File under: al-Q'aeda, CIA, liberal media, Osama bin Laden, Pakistan
Email ThisBlogThis!Share to TwitterShare to FacebookShare to Pinterest
Posted by Winter Patriot