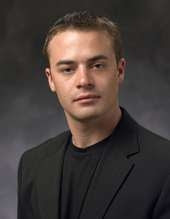 Korey Rowe, producer of 'Loose Change', was arrested Monday night in Oneonta, NY, and handed over by police to military officials intent on taking him to Kentucky, according to a report by Alex Jones and Paul Joseph Watson at Prison Planet dot com.

Rowe, a veteran of both Afghanistan and Iraq and the producer of the widely viewed video 'Loose Change' -- which posits an alternate explanation for the events of 9/11 -- has had no hearing, according to the report, nor any opportunity to post bail.

Neocon websites Newsbusters and Hot Air are making approving noises, according to a separate piece from Paul Watson. But here's the gist of the main item:

Iraq, Afghanistan veteran handed over to military officials by police under charges of "deserting the Army"

Loose Change producer and Iraq and Afghanistan veteran Korey Rowe has been arrested and handed over to military officials without bail for allegedly "deserting the Army".

According to a report in the New York Daily Star, Rowe was arrested on Monday night at a county Route 47 residence in Oneonta.

Rowe was arrested on a "military warrant" that Devlin said was brought to the attention of deputies by the Oneonta Police Department, who received information from a source outside of that department.

Rowe was living at the Route 47 home, Devlin said.

City police officials who were able to comment on the case were unavailable Tuesday night.

After deputies received the information from Oneonta police, they reached out to the Army, and officials from Fort Knox faxed a copy of the warrant, deputies said.

Arrests and court martials for deserters are incredibly rare and this appears to be an obvious case of political persecution as the Loose Change crew prepare the cinematic release of the final version of their popular documentary.

This will inevitably backfire on the authorities, but only if we put intense pressure on them to release Korey. Relevant phone numbers [...] below, please be polite and ask for information on Korey Rowe and demand his release.

For more details and a video interview Alex did with Korey last year, in which Korey explains how the US plants weapons on dead civilians to make them look like dead militants, click here.
File under: 9/11, Korey Rowe, Loose Change
Email ThisBlogThis!Share to TwitterShare to FacebookShare to Pinterest
Posted by Winter Patriot