A Bill That Can Never Be Paid 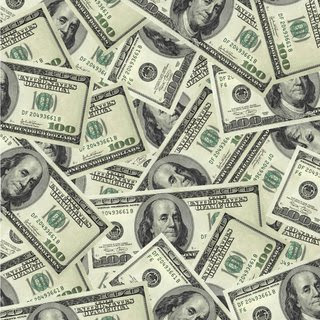 They were gambling on the riskiest of "investments", building worthless portfolios whose values just kept increasing; and lured by the awesome power of greed they forgot the most basic rules of the market: [1] Don't gamble with money you can't afford to lose, and [2] It ain't worth nothin' if you can't sell it.

So they put everything they had into building imaginary wealth, and when the wages of their sin came due, they handed the bill to you. It's a bill that can never be paid.

Instead of admitting that they had done wrong and going to the wall with some semblance of honor, they said to the governments of the world, "Without our cooperation, your society would turn to chaos overnight."

And the governments said, "What do you want?"

And they said, "Buy all these worthless portfolios from us, at the prices we used to imagine they were worth."

"But that's not our problem!"

It was terrorism at the most basic level, and now you and your descendants have been saddled with a burden you cannot possibly carry.

And the terrorists are still at large and much more powerful than ever before, and they don't see how anything can stop them from doing it again, as many times as they want to.

And the only questions that remain in my mind are [1] How many times are you going to let them get away with it before you do something that gives them the pretext for gunning you down in the streets? and [2] How long is it going to take for that to happen?