It's Too Soon, And It's Too Late 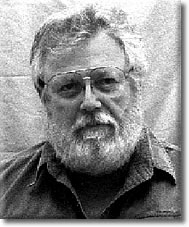 I wouldn't want you to miss a terrific piece which Jimmy Montague has posted at Winter Patriot dot com:

In "A Bill That Can Never Be Paid," WP asks how come the American people don't rise up in anger. It's because they can't imagine what's coming down on them. They think this isn't going to be any worse than, say, the S&L screwing they took during the '80s.

Then there's the fact that the Reagan Revolution is now thirty years old. Those of us over 30 years of age are living with an entire generation that, collectively, have no memory of the world that was before Reagan. So far as they're concerned, we haven't lost a thing and they don't yet understand what we older folks are all upset about.

Reaganism, so far as I can tell, has succeeded beyond even Rappin' Ron's wildest hopes. Between GOP liars, talk-radio hate merchants, and free-market mythology, the political landscape is changed so that electing liberals is impossible. Democrats have been forced so far to the Right that the two parties are now effectively one and that one is Reaganite conservative. Politicians no longer squabble over ideology. They squabble over loot.

Beyond the fact that the population now has less money and less leisure than they formerly had, changes to date have had little to no impact on the overwhelming majority. They are hunkered down around their television sets, hoping things are already as bad as things can get and waiting for the "all clear" to sound. Having never heard of noblesse-oblige, having no memory of the Great Depression, having no memory of responsible, accountable leadership or of constitutional government, and having had no PERSONAL experience of third-world poverty and police-state brutality, they lack any frame of reference.

Many older Americans know what is coming and fear it. They are preparing for it now. The rest of the country, totally unprepared, will be aroused when it finally gets here (in a few more weeks or months).

Younger Americans will be told by their masters that it's all the fault of the aged, the sick, the disabled. It is the aged and the sick and the disabled, after all, who draw the bulk of Social Security, Medicare, Medicaid, Food Stamps, and other so-called entitlements. We will be the Jews of the New Reich that is howling down upon us. Our personal destruction, the theft of our property, the consumption of our goods will consume the energy of the mob for several years. By that time, the government will have work for them in the armed forces.

Those with eyes to see now know where this is going. Those who don't see are those who will help do the killing. I've said enough.

File under: meltdown
Email ThisBlogThis!Share to TwitterShare to FacebookShare to Pinterest
Posted by Winter Patriot