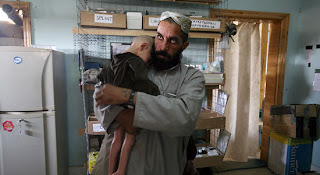 Carlotta Gall, writing for the International Herald Tribune, reports on a development you probably won't hear much about anywhere else. Extended excerpts follow:

A senior British commander in Afghanistan's Helmand Province said he had asked the U.S. military to withdraw its special forces from his area of operations because the high level of civilian casualties they have caused was making it difficult to win over local people.

A U.S. military spokesman denied the request was ever made, either formally or otherwise, but the dispute underlined differences of opinion among NATO and U.S. forces in Afghanistan on tactics for fighting Taliban insurgents and concerns among soldiers on the ground about the consequences of civilian casualties.

A precise tally of civilian casualties is difficult to pin down, but one reliable count puts the number killed in Helmand this year at close to 300 - the vast majority of them caused by foreign and Afghan forces, rather than the Taliban.

"Everyone is concerned about civilian casualties," the senior British commander said. "Of course it is counterproductive if civilians get injured, but we've got to pick up the pack of cards that we have got. Other people have been operating in our area before us."

After 18 months of heavy fighting, British commanders say they are finally making headway in securing key areas, like this town, and are now in the difficult position of trying to win back the support among people whose lives have been devastated by aerial bombing.

American special forces have been active in Helmand since U.S. forces first entered Afghanistan in late 2001, and for several years they maintained a small base outside the town of Gereshk. But the foreign troop presence was never more than a few hundred men.

British forces arrived last spring and now have command of the province: About 6,000 soldiers are deployed, with small units of Estonians and Danish troops. American special forces have continued to assist in fighting insurgents, operating as advisers to Afghan security forces.

It is those small teams that are coming in for criticism. Their tactics rely heavily on airstrikes for cover because they are unable to defend themselves if they encounter a large group of insurgents. Special forces teams have often called in airstrikes in Helmand and elsewhere and civilians have subsequently been found to have suffered casualties.

In just two cases, airstrikes killed 31 nomads west of Kandahar in November 2006 and 57 villagers, half of them women and children, in western Afghanistan in April. In both cases U.S. special forces called in the airstrikes.

British officers on the ground in Helmand, speaking on condition of anonymity, said the Americans had caused the lion's share of the civilian casualties in their area. They expressed concerns that the Americans' extensive use of air power was turning the people against the foreign presence.
...

For months, frequent reports of civilian casualties have trickled out of Helmand Province, the scene of some of the fiercest battles of the war here. But there has rarely been independent confirmation of the reports because the province has been too dangerous for journalists and others to visit. NATO officials accuse Taliban sympathizers of exaggerating claims of civilian casualties in airstrikes.
...

Yet there is no doubt there have been civilian casualties, and British and Afghan officials acknowledged that they have seen some of them.

Villagers brought the bodies of 21 civilians killed in airstrikes on the village of Sarwan Qala on May 8 to show the authorities in Sangin, they said. U.S. special forces were battling the Taliban on that occasion and called in the strikes, the military said in a statement at the time.

Three days later the nearby village of Sra Ghar was hit. British soldiers at a base called Robinson just south of Sangin said they had received 18 civilians around that time who were wounded in an American operation and flew them out to NATO hospitals for treatment.

On a rare visit to Helmand in mid-July, a journalist encountered children who were still suffering wounds sustained in that bombing raid or another around that time. Their father, Mohammadullah, 24, brought them to the gate of the British army base seeking help.

His son, Bashir Ahmed, 2, listless and stick thin, seemed close to dying [photo]. The boy and his sister Muzlifa, 7, bore terrible shrapnel scars. NATO doctors had removed shrapnel from the boy's abdomen and had warned his father that he might not survive, but two months later he was still hanging on. Mohammadullah said the bombing raid killed six members of his family and wounded five. His wife lost an arm and the children's grandmother was killed, he said.

Sometimes it takes a tragedy -- a catastrophic and catalyzing event -- to make people see the truth:

Mohammadullah said: "Now we have understood that the Americans are a curse on us and they are here just to destroy Afghanistan."