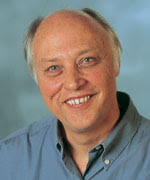 Bob Koehler's most recent column is a really good one, but that's no surprise.

Presence of Mind: Piercing the myth of redemptive violence

“I knew the situation was serious. I was shaking all over. But I was amazed by the complexity of my mind — the most clear part was just the speed and agility of my mind. I immediately began talking to him in a calm voice and engaged in eye contact. But he was not in his eyes. He was in his own world — pointing a gun at me.”

Is this a good time to address the big lie? You know, the lie about our stark, raving helplessness in the face of armed danger and malevolence? Fortress Gun Nut has the whole country hostage to the big lie that a safe America is an armed America, and yet as our stockpile of weaponry, domestic and otherwise, increases, so does our fearfulness, and so does the danger.

And the heroes are often indistinguishable from the perps. We’re all heroes in our own minds. We all watch the movies and imbibe the whack ’n’ win culture. We all learn that real justice must be delivered at the point of a sword that is terrible and swift.

Christian theologian Walter Wink calls it the myth of redemptive violence, this self-evident conviction — as old as Mesopotamia, as current as the Saturday morning cartoons — that violence is effective and free of unwanted consequences. Six millennia of evidence to the contrary hasn’t changed anything because myth is impervious to empirical data. It’s born anew with every war, every special-effects extravaganza from Hollywood, every loner’s sad plot for revenge. And so many people profit from it.

Excellent stuff. And there's more where that came from...
File under: Bob Koehler
Email ThisBlogThis!Share to TwitterShare to FacebookShare to Pinterest
Posted by Winter Patriot