Sink Or Swim With The Invisible Surge 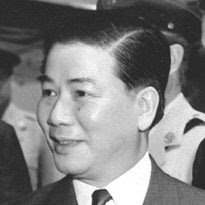 An "invisible surge" is flowing in the Homeland -- a substantial increase in the quantity and quality of the pro-war propaganda. I first noticed it a couple of weeks ago; now I think it probably started a week earlier.

Regardless of when it started, the manure has been flowing faster and more furious than ever, and it's been moving mountains. Here's one example among many:

On Monday it seemed amazing that a prominent Democratic Senator would call for the removal of the famously democratically-elected government of Iraq. But within the past few days we have seen similar calls (or warnings) from a wide variety of sources.

By Wednesday the mainstream press had turned fully against Nuri al-Maliki and he seemed to know it; I couldn't help thinking "Sink or Swim with Ngo Dinh Diem", recalling the famously democratically-elected President of South Vietnam, who held the position for eight years before being kidnapped and eventually assassinated in what would be the first of many coups d'etat in the ill-fated South Vietnamese "republic".

President Bush's inept conflation of Vietnam and Iraq certainly hasn't helped me to sweep the inane slogan from my mind, nor have I managed to forget that Diem's assassination preceded that of JFK by less than three weeks.

None of this would have any bearing of course on rumors of an impending coup d'etat coming from the Iraqi exile community, via Professor Juan Cole's blog, Informed Comment. 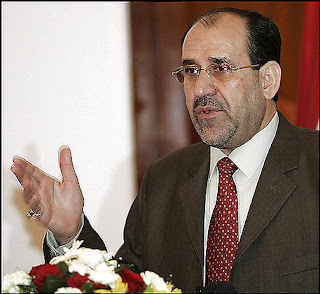 A rumor is circulating among well-connected and formerly high-level Iraqi bureaucrats in exile in places like Damascus that a military coup is being prepared for Iraq. I received the following from a reliable, knowledgeable contact. There is no certitude that this plan can or will be implemented. That it is being discussed at high levels seems highly likely.

"There is serious talk of a military commission (majlis `askari) to take over the government. The parties would be banned from holding positions, and all the ministers would be technocrats, so to speak... [The writer indicates that attempts have been made to recruit cabinet members from the ranks of expatriate technocrats.]

The six-member board or commission would be composed on non-political former military personnel who are presently not part of the government OR the military establishment, such as it is in Iraq at the moment. It is said that the Americans are supporting this behind the scenes.

The plan includes a two-year period during which political parties would not be permitted to be part of the government, but instead would prepare and strengthen the parties for an election which would not have lists, but real people running for real seats. The two year period would be designed to take control of security and restore infrastructure.

...[I]t is another [desperate plan], but one which many many Iraqis will support, since they are sick of their country being pulled apart by the "imports" - Maliki, Allawi, Jaafari et al. The military group is composed of internals, people who have the goal of securing the country even at the risk of no democracy, so they say."

I can't help but wonder what they mean when they say "securing the country even at the risk of no democracy". Do they mean to sign the damned Oil Law no matter how anti-democratic it may be, in the hope that the Americans will then try to provide security rather than fomenting further "sectarian violence"?

And if not, what else could they be talking about? Could they be so disconnected from reality that they fail to see the American occupation as an oil heist? And does it even matter? If, as they say, "the Americans are supporting this behind the scenes", then the question is moot, is it not?

Bush and the bipartisan foreign policy consensus have made it very clear that they are not interested in any Iraqi government that doesn't give them what they want: a stable puppet government, long-term access to huge military bases, and of course the oil. (In America, this is called "meeting benchmarks".)

Is it possible that the "plotters in exile", if that's what they are, are contemplating taking power in Iraq and then defying the Americans? Who would be so mad? Why not live a life of relative luxury in exile?

All in all, strikes me as quite likely that a coup is being planned, and that the pronouncements of Senator Levin and others may be intended to prepare the American public not so much for the event but for the rest of the spin which will precede and follow it.

As for the whispers in the Iraqi exile community, I find them most intriguing and I imagine we'll be learning much more about them very shortly. Keeping an eye on Professor Cole's blog seems like a good idea -- even better than usual.

Decades of sleuthing by generations of scholars has failed to give a definitive answer to the question of whether the US was behind the Diem coup. It appears that JFK knew nothing of it, and certainly didn't approve it; but it's not impossible for events to take place without the knowledge and consent of the president.

Certainly, if there is a coup in Iraq and if it is perpetrated by Americans, they won't leave much evidence behind.

Am I accusing Professor Cole of anything untoward? Certainly not. He appears to be honestly reporting what he learns. What more can anyone ask?

Is it possible that he and his sources are being used in some way? In other words, are his sources being lied to? ... Well, of course it is, but that's all entirely speculative, and based on nothing.

On the other hand, I know for a fact that when the surge becomes a flood, it's gonna come in the front door and the back door at the same time.
File under: Iraq, JFK, manure, Surge, Vietnam
Email ThisBlogThis!Share to TwitterShare to FacebookShare to Pinterest
Posted by Winter Patriot