Derrick Shareef, Garbage Can Grenadist, To Be Sentenced Tuesday 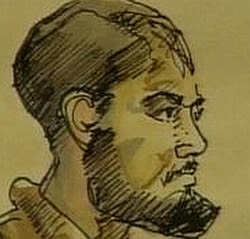 Derrick Shareef [sketch] is scheduled to be sentenced on Tuesday. He faces life in prison.

Shareef was arrested in December of 2006, after trading a pair of car stereo speakers for a package he thought contained four grenades, a handgun and some ammunition.

According to documents released by the FBI at the time, Shareef was planning to attack holiday shoppers at CherryVale Mall in Rockford, Illinois, by detonating grenades in garbage cans there on the Friday before Christmas.

Unfortunately for Shareef, the "arms dealer" in this bogus transaction was working for the FBI, and so was the "friend" who set up the meeting between them. 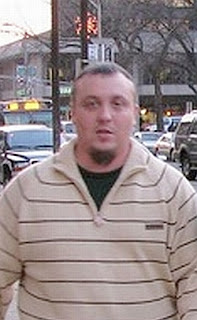 The "friend", an FBI asset named William "Jameel" Chrisman [photo], had been sent to Rockford by the FBI with the task of meeting and "befriending" (and entrapping) Shareef.

Fortunately for Chrisman, Shareef was homeless and preparing to move in with the manager of the video store in which he worked, when Chrisman arrived, introduced himself as a fellow Muslim and offered Shareef a place to live.

Shareef started moving in with Chrisman -- and his three wives and nine children -- that same day. And the rest, for an experienced operator like Chrisman, was easy.

Chrisman, a convicted felon who converted to Islam in prison before going to work for the FBI, had Shareef under his roof for more than two months, during which he recorded every conversation they had. The FBI pulled the most incriminating segments together for its "evidence" against Shareef, and yet even in this non-representative sample, Chrisman can clearly be seen as the ringleader.

Close examination of the FBI-supplied affidavit reveals only one detail of the attack plan coming from Shareef -- the lunatic notion of detonating the grenades in garbage cans!

It was slick as could be: attacking the mall, where interstate commerce is carried out, makes it a federal offense; and using (or planning to use) grenades puts it into the category of "weapons of mass destruction" and makes possible a life sentence, according to the applicable federal law (no, I am not kidding). Chrisman couldn't possibly have done a "better" job.

But when the mainstream media report on Shareef's case, they always forget to mention Chrisman. And by the time the "terrorism experts" get to the story, Derrick Shareef has morphed into a "lone wolf". 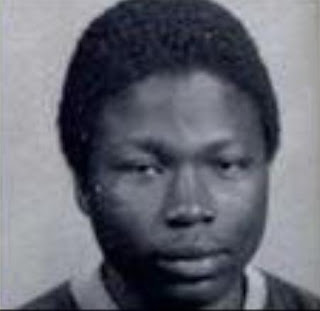 Interestingly, Chrisman testified in court in New Haven, Connecticut, in the trial of Hassan Abujihaad [photo], on the same day that Shareef pled guilty in a federal court in Illinios. Shareef's guilty plea was entered in the morning; Chrisman took the stand in the afternoon.

It was almost as if Shareef had to plead guilty before Chrisman could reveal -- in another court -- the details of how Shareef had been entrapped.

But so what? Derrick Shareef, in many ways, is collateral damage. The FBI sent Chrisman after Shareef in the hope that Shareef and Chrisman working together could lead Abujihaad to incriminate himself. And it all kind of worked out, for the FBI, ha ha ha, didn't you know it would?

For more details, please see any (and perhaps even all) of the following:

Convicted Without Evidence: 'Father Of The Holy War' Found Guilty

My series on Hassan Abujihaad: Father Of The Holy War

My series on Derrick Shareef: Derrick And The Detonators