Jim Marrs On The Rise Of The Fourth Reich 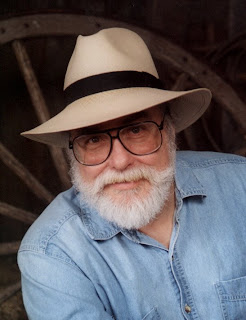 Last Sunday, Alex Jones did an extensive interview with Jim Marrs, journalist, historian, and author of "The Rise of the Fourth Reich".

Marrs, whose excellent book "Crossfire" provided the framework for Oliver Stone's seriously flawed film about the assassination of JFK, has been on my radar for a long time, and he's made some outrageous claims, most of which (as far as I can tell) have turned out to be quite correct.

According to his publisher, Harper-Collins:

While the United States helped defeat the Germans in World War II, we failed to defeat the Nazis. At the end of the war, ranking Nazis, along with their young and fanatical protégés, used the loot of Europe to create corporate front companies in many countries, including the United States of America. Utilizing their stolen wealth, men with Nazi backgrounds and mentalities wormed their way into corporate America, slowly buying up and consolidating companies into giant multinational conglomerates. Many thousands of other Nazis came to the United States under classified programs such as Project Paperclip. They brought with them miraculous weapon technology that helped win the space race but they also brought their insidious Nazi philosophy within our borders. This ideology based on the authoritarian premise that the end justifies the means—including unprovoked wars of aggression and curtailment of individual liberties—has gained an iron hold in the "land of the free and the home of the brave."

For the first time Jim Marrs has gathered compelling evidence that an effort has been underway for the past sixty years to bring a form of National Socialism to modern America, creating in essence a modern empire—or "Fourth Reich"!

There's a lot more to the story, of course. Here's a quick sample:

In the ‘30s the National Socialists gained the support of the middle class Germans and middle commercial Germans because they portrayed themselves as conservatives. And they got the bulk of the commercial people behind them, and then by the time these people figured out that these are not the people we want leading, it was too late. And I see the same thing happening today. [...]

[Bush is] destroying the checks and balances in the federal government, and bringing everything into the Executive, which of course is again following the Nazi methodology. This is what Hitler did. He signed emergency decrees, one after another, until finally he just took total power and anybody that tried to stand up against him then was a “terrorist” against the government. And that’s important for people to understand. What the Nazis did, when they killed dissidents, when they killed homosexuals, when they killed gypsies, when they killed trade unionists, when they killed the Jews, this was all under the color of law. [...]

[T]hey talk about the dumbing down of America. Well, it’s not that we’ve gotten dumber. It’s the fact that we have been drugged dumber. [...]

[O]ne of the big issues today that people are genuinely concerned about is the increase in teen suicides and school shootings. We’re all concerned about that. And yet if you go back, the only thing the mass media, the corporate media can talk about is gun control, take guns away. Well, hey, a lot of people listening here in Texas, if you’re over 40 or 50 you remember a time when we all had guns and nobody ever shot anybody. The problem is not the guns. The problem is the drugs, the Prozac, the Ritalin, the drugs [...]

I.G. Farben back in 1800 was actually marketing an antidepressant under the name heroin until finally enough people said, don’t do that. In the aftermath of WWII, a U.S. chemist named Charles Eliot Perkins was sent to Germany to try to reconstruct the I.G. Farben combine there, and he came back and wrote that the German chemist had worked out a very ingenious and far-reaching plan of mass control that was submitted to and adopted by the German general staff. And this plan was to control the population of any given area through mass medication of the drinking water supplies, namely using sodium fluoride. So they put sodium fluoride in the drinking water of the concentration camps to keep the inmates passive and nonresistant.

Today two-thirds of the water supply in this country is now fluoridated. Think about this. One of the most over-prescribed drugs today is Prozac, which is 94 percent fluoride. [...]

[I]f you go back you’ll find virtually every school shooting involves someone who’s either on these psychotropic drugs or just coming off of them, which apparently is even worse. And yet the media will not talk about that. Why? Because in 2007 the pharmaceutical corporations that can be tracked back to IG Farben and the Nazis spent $3.7 BILLION dollars on consumer advertising.

I definitely think you should check out this interview.