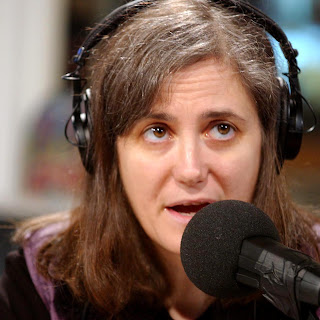 Democracy Now! host Amy Goodman and her two detained colleagues have been released from police custody in Minnesota, but their "legal" troubles are only beginning.

Goodman has been charged with obstruction of a "legal process" and interference with a "peace officer".

Kouddous and Salazar were detained while covering a street protest; Goodman was arrested when she sought their release.

There's a bit more at DN! (and, they say, much more coming soon).

The folks at DN! note that

During the demonstration in which the Democracy Now! team was arrested, law enforcement officers used pepper spray, rubber bullets, concussion grenades and excessive force against protesters and journalists. Several dozen demonstrators were also arrested during this action, including a photographer for the Associated Press.

OpEdNews has a huge piece from Mark Crispin Miller and Rady Ananda called "Thugs with Badges: Crackdown in Minneapolis" which describes what else has been happening there.

Late Tuesday night, at 2:00 a.m. on August 27th, Minneapolis police arrested members of the Glassbead Collective, and searched their rooms, as a pre-emptive measure against protest at the Republican National Convention. Glassbead is a New York City group that documents police misconduct and First Amendment activity around the United States.

Vlad Teichberg, a journalist from Glassbead, reports being detained at 2 am in Minneapolis on August 27th. Notes, computers, cameras, cell phones, clothing, and money were confiscated by police.

Democracy Now! stresses that the arrests of Goodman and the two producers were "unlawful". But that's a horribly quaint and outmoded concept in the post-9/11 world.

This is the GWOT, remember? The Global War on the Rule of Law.

... police are manufacturing accusations. This particular problem can undermine the very essence of our democracy. It is fundamentally un-American and threatens the very fabric of our existence, because if the people who are told to enforce the laws are free to violate those laws, there can be no rule of law. And what do we have? We have a society run by a bunch of thugs with badges.

I must respectfully disagree with Vlad Teichberg.

The very essence of our democracy is electoral integrity, and that is already gone. There is nothing left to undermine. Both major parties and the mainstream media are complicit in a vast array of crimes, and they have sufficient power, especially over the echo chamber and the election machinery, to make sure we can't vote one war criminal out of office without voting another one in.

This police action is fundamentally American. It defines the very fabric of our existence. The people who are told to enforce the laws are indeed free to violate those laws. They do it as a matter of course in the name of protecting us. And their so-called supervisors won't even risk perjuring themselves by telling Congress otherwise.

The rule of law is a thing of the past. The law is now nothing more than a political weapon. If you think it's there to protect you ... 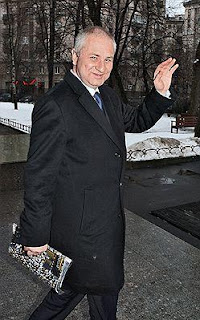 Here's a follow-up on the "accidental" murder-by-police of the dissident Russian journalist and website owner Magomed Yevloyev, from Reuters in the International Herald Tribune via Larisa:

1,000 protest killing of journalist in Ingushetia

More than 1,000 people gathered in Russia's troubled Ingushetia region Monday to protest the death of Magomed Yevloyev, a leading journalist and opposition leader who was shot over the weekend while in police custody.

Yevloyev, owner of the opposition Internet site www.ingushetiya.ru, was the most high-profile Russian journalist to be killed since the investigative reporter Anna Politkovskaya was shot outside her Moscow apartment in October 2006.

The police said he had been shot by accident when he tried to grab an officer's gun.

His supporters and human rights groups said they did not believe that version of events.

Yevloyev had often clashed with Ingushetia's Kremlin-backed leader, Murat Zyazikov, and officials had tried to close down his Internet site.

Protesters gathered Monday in a central square of Nazran, Ingushetia's biggest city, around a truck that was carrying Yevloyev's coffin.

"They killed our colleague in a dastardly and open way," Magomed Khazbiyev, a protest organizer, told the crowd. "If the federal authorities do not intervene in what is happening, we have the right to demand Ingushetia's secession from Russia."

The protesters responded with loud shouts of "Allahu Akbar," or "God is Great." About half of them left when Yevloyev's body was taken for burial. About 500 people remained and said they would not leave until Zyazikov had left his post.

It's kind of funny, isn't it? -- how Reuters and the IHT will give us detailed reports about a grievous offense against freedom of the press in Russia, but none of the major media have anything to say about what's been happening in Minneapolis-St. Paul, or Denver before that!