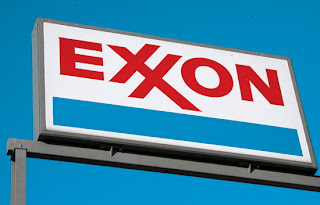 Americans think we're so sophisticated, but the rest of the world is way ahead of us in many ways. Consider street violence:

PESHAWAR: Lashkar-e-Islam has established a parallel government in Bara and the government should take action against the group to protect citizens from its extremism, Taj Malook, Inayatur Rehman, Waris Khan and Abdul Waheed of Bara told a press conference at Peshawar Press Club here on Saturday.

I was walking to the store down Monroe Drive, as two young Black men came toward me, looking kind of rough the way they were walking. Both of the men were about 21 years of age [...] They were on opposite sides of the street, although it was clear they were walking together. They were walking at the same pace. One was wearing a white t-shirt. I tried to walk around the guy on my side of the street. He blocked me by going left when I went left, towards the street. I then went right and he mumbled something. “What?”

“Give me your wallet,” he said as he seemed about to grab me and attack me. At this moment I looked and the other guy was now coming across the street to gang up on me. “No!” I shouted, running into the street. There were no cars.

The young man on my side of the street then reached as if to try to grab me. I didn’t see a weapon. But at that point he apparently stabbed me in right side of my abdomen. They didn’t get the wallet.

They alleged that the armed Lashkar-e-Islam (LI) activists had demolished 10 houses in Bara on Friday setting them on fire after looting them for valuable household items. They claimed that the Khasadar force had helped the Lashkar in this matter. The four men said that the LI has established a “parallel government” in Bara and has also been illegally operating an FM radio station for nearly two years despite a government ban on FM stations. They alleged that LI forced private and public schools to remain closed for days at a time, resulting in a considerable waste of time for the students.

The Exxon attendant ignores me and continues to help the lady in front of me.

“You can use the payphone outside.”

So then I went running across the street -- bleeding out of my abdomen -- to the other gas station in order to get help. The police came shortly followed by ambulance.
...

They did an x-ray and found no problem. Decided not to do a Cat Scan. They looked inside the wound–which was horrible–and couldn’t see all the way down but said what they saw looked okay. They cleaned the wound. [...] I have been on pain medication and just resting a lot as the wound heals.

“Armed LI activists patrol government roads and set up illegal check posts as well. No one stops them from such activities.” They said that during the past year and a half, several people had fled the area due to the LI’s activities. They claimed that political authorities depend on the Frontier Corps to provide law and order in the area but Commandant Colonel Mahmud Raza and other high officials are receiving Rs 100,000 to Rs 300,000 in bribes from Haji Amal Gul of Malak Din Khel tribe to smuggle goods through the Sorghar area.

The stabbing had nothing to do with the attempted robbery. In other words, it should’ve been clear that he was not going to get the wallet at that point, so stabbing me did not help him with his goal to get money (if that was his goal). Thus, the preferred theory about this -- that they were trying to get money for crack -- is insufficient.

I believe, and many people have also suggested, I would’ve been stabbed even if I gave him the wallet probably. Rep. Thomas said she believes it’s part of a new culture of street violence where it’s not just enough to rob somebody, but the goal is to hurt another person. You can’t assume you’re safe because you’re in a safer part of a mixed neighborhood. People can cross over into the other side by walking.

I urge people to use extreme caution. Stay away from borderline areas at night, particularly alone on foot. If something looks suspicious, please turn the other way and run. (Relatedly, don’t wear sandals.) I thought I had learned this lesson in New Orleans a few years ago, but when I moved here, I didn’t think Atlanta was like this. I’m certain now Atlanta’s worse.
...

I now believe there is an unspoken crime wave in my area of Midtown, one the powers that be in the City do not want you to know about. Rep. Thomas says she believes the wave is City-wide.
...

There’s more violence out there than many Atlantans might think, and only by having dialogue will we understand the nature of this problem.

The Bara residents alleged that when the political authorities had ordered the FC to take action against the LI, the Mehsud Scouts had refused to carry out the orders, rendering the political authorities helpless before the FC. They also alleged that some members of the Khasadar force are aligned with the LI. “Peshawar is not immune to what is happening in Bara and repercussions will affect the city if the government doesn’t put an end to this parallel government,” they said.

Exxon needs to be held accountable. This is a community store. The fact they wouldn’t call 911 for me, when I got robbed on the way to their store, is an absolute collapse of the compassion one human being is supposed to have for another human being.

I may call a community protest of this Exxon store. Stay tuned for details.

I will. I'll be watching on both fronts.

Best wishes to our friend Matt in Atlanta for a speedy recovery.
File under: Exxon, Pakistan
Email ThisBlogThis!Share to TwitterShare to FacebookShare to Pinterest
Posted by Winter Patriot