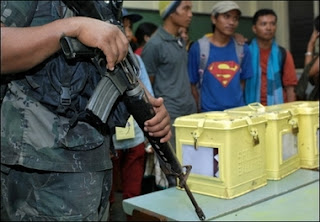 The most recent installment in Arthur Silber's "Dominion Over the World" series is a powerful and timely one. He pays particular attention to the myths of the progressive movement, and the American intervention in the Philippines a hundred years ago, an act of barbarism from which the island nation has still not recovered, and the genesis of the "war on drugs".

From this history lesson, Silber draws a few inescapable conclusions (which Americans for five generations have somehow managed to escape). I invite you to read the entire essay -- or the entire series (linked below) ... but for those who can't wait, here are the lessons we should have learned a long time ago:

Utilizing the power of the state to constrain or forbid individual action, when the targeted individuals and behavior harm no one else, is wrong. The effects are always significantly worse than the alleged problem the state action was proposed to solve.

Using the power of the state to conquer foreign lands and to coerce other governments and peoples into acting in accordance with our dictates is wrong. The effects are uniformly terrible, and evil: large-scale death and suffering, and an endless number of bodies and souls that are destroyed, crippled and damaged forever.

Forging an alliance between the power of the state and one particular set of moral beliefs, either religious in nature or in a secular variant, is wrong. If your personal beliefs are so important to you, then live your life in the manner they require. Unless they demonstrably harm someone else, what other people do is none of your damned business. That you might convince certain members of the ruling class to use the power of the state to coerce your fellow citizens into living their lives as you demand multiplies the evil involved a thousandfold.

The United States does not have a monopoly on virtue or on an "ideal" political system, and it never did. No country whose origins include the slaughter of the native population and the enslavement of millions of human beings ever could. The United States is "the last, best hope" of precisely nothing. Even today, and in many critical ways especially today, we desperately need to set our own house in order. Until and unless that monumental task is achieved in large part, morality and the practical realities demand that we leave the rest of the world the hell alone. Genuinely free trade and travel are good in themselves and very positive in their effects, and should be encouraged. Embargoes, sanctions and all similar restrictions are always extraordinarily damaging, and aggressive, non-defensive war is a loathsome evil; such acts are profoundly damaging not only to the countries that are the targets, but to the country that initiates them.

The drive to world hegemony and Empire is evil, in its motives and in all its effects.

They should read, and think, and learn. As should we all. None of this is rocket science.

Where to start? Here's a hint:

Part I: Iraq Is the Democrats' War, Too

Part II: Why the Stories We Tell Matter So Much

Part IV: A "Splendid People" Set Out for Empire

Part VII: The Mythology of the "Good Guy" American

If you're in a position to support any truth-tellers this month, please consider making a donation to Arthur Silber. He badly needs the help, and we badly need him.
File under: militarization
Email ThisBlogThis!Share to TwitterShare to FacebookShare to Pinterest
Posted by Winter Patriot