US Forces No Longer The Only Targets: Suicide Bomber Attacks German Soldiers In Afghanistan: Amy Winehouse Finally Gets Married 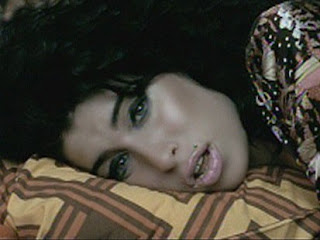 KABUL, Afghanistan, May 19 — A suicide attacker on foot blew himself up near German soldiers in a busy street market in the northern province of Kunduz, killing three of the soldiers and at least six civilians, Afghan officials said. It was the worst attack against German soldiers in four years.

This from Abdul Waheed Wafa, in the New York Times:

The attack occurred when the soldiers, who were in Kunduz as part of an international reconstruction team, got out of their vehicle near the market, said the governor of Kunduz, Said Muhammad Omar. “Three German soldiers were killed and two other German soldiers with their Afghan interpreter were injured, and six civilians including a woman and a child were killed,” he said, adding that 14 civilians had been wounded, including two children.

A Taliban spokesman claimed responsibility for the bombing.

NATO forces confirmed the suicide attack, but reported that eight civilians had been killed. “This senseless act of violence shows the barbarity of extremists and criminals targeting civilians and I.S.A.F. troops who are working to rebuild Afghanistan,” said Lt. Col. Angela Billings, a spokeswoman for the International Security Assistance Force. 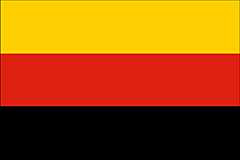 Of course the NATO forces' recurring public relations problem -- the continuing slaughter of unarmed civilians by NATO troops -- is no reflection on the barbarity of extremists and criminals who just happen to be driving the NATO occupation!

Oh, no! Perish the thought! We wouldn't want to be unpatriotic now, would we?

A spate of suicide attacks on soldiers of other so-called "coalition" countries would be a serious political blow to the so-called "coalition", and bad for the so-called "Global War On Terror". The Pentagon would like us to believe that the Taliban wouldn't realize this without it being pointed out to them by the alleged anti-military, unpatriotic, American press. But it's more than likely that barbaric extremists would be able to figure out something like that for themselves, much more easily than they could find it spelled out for them in the American press -- especially now, with Amy Winehouse finally getting married -- after being engaged for almost a month!

Kunduz, a former command center for the Taliban government, had been relatively calm until a series of suicide bombings in the past few weeks. In the worst attack, on April 16, a suicide bomber killed nine policemen and wounded 25.

On Saturday, a Taliban spokesman said in an interview with Reuters that insurgents had captured a spy who had given information to coalition forces that led to the killing of Mullah Dadullah, the man thought to be the Taliban’s top operational commander, in a raid this week. Intelligence officials say that Mullah Dadullah was the mastermind behind the big increase in suicide bombings in Afghanistan in the past year and a half.

In eastern Afghanistan, security officials said 67 Taliban insurgents were killed in fighting with Afghan and coalition forces on Friday night in Paktia Province.

In Kapisa Province, northeast of Kabul, coalition forces called in airstrikes after being ambushed by militants during a patrol in the Asay Valley late on Friday night, Reuters reported. A coalition spokesman, Maj. Chris Belcher, said “several dozen” insurgents were thought to have been killed.