Support For Obama Eroding Fast At The Checkout Counter 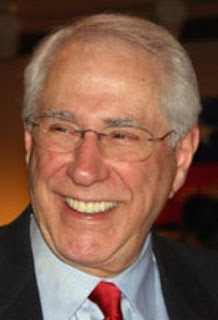 The folks at CafePress dot com have been learning to read our future in the sales of bumper stickers and the like:

Since November of 2004, we have been tracking the strength of the different potential Democratic nominees for President in 2008 through a simple alternative measure: the number of bumper stickers, campaign buttons, posters and t-shirts that we sell in support for each of the Democratic contenders in the 2008 race. Instead of the weak and changeable indicator of an opinion given over the telephone to a stranger, our own system for tracking candidates measures the kind of support that counts - whether Americans are willing to spend money to show their support for a particular candidate in a public way. That kind of strong commitment turns into donations, and later turns into votes.

And they have noticed something mighty peculiar going on:

Obama Erodes in the Face of the Other

The following is the percent share of sales of our Election 2008 gear in the past week, for each candidate who garnered at least a 1% share of sales:

This chart looks extremely volatile! Obama led Hillary by 33% last week, and now his lead is only half that. Support for Joe Biden has dissolved, support for Bill Richardson and John Edwards has more than doubled, and -- get this! -- support for somebody else has more than tripled, compared to the previous week.

Just wait till the former Senator asks Hillary who she wants to nuke! Then you'll know...

Is that great? It’s a change, that’s for sure.

It certainly is. And given where we are and what direction we're going, amolst any change at all would be an improvement.

Even better, we are part of it. Or at least we can be if we want to.