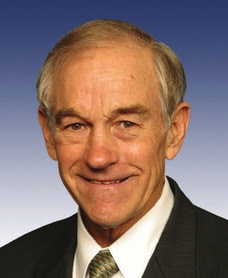 It's not too hard to see where the Washington Post is going with the op/ed piece "Building a Better Debate: Too many candidates talking about too much", but it might be worthwhile pointing out that the pitfalls it attempts to introduce would make a tragic situation infinitely worse.

IF YOU TUNED IN to the recent Republican and Democratic presidential debates, you may have had the same reaction as many viewers looking at the crowded stages: Who's that?

Exactly! Why haven't these names and faces been in the papers, and on the TV? And who is the WaPo -- of all sources -- to complain about why we don't know all these guys? It would be enough to break the Irony Meter, but that got broken a long time ago.

The Democratic debate in South Carolina featured eight candidates, while 10 crammed into the GOP debate in California last Thursday. Voters trying to sort out their presidential choices aren't helped by debates cluttered with the likes of Mike Gravel (hint: he's a former senator from Alaska) on the Democratic side and Ron Paul (hint: he's a libertarian House member from Texas) among the Republicans.

Voters are not helped by seeing the likes of Mike Gravel and Ron Paul? On what planet?

It's the rest of 'em -- all pushing different varieties of the the same fecal matter -- that make it hard for voters to sort 'em out.

If the standard is that any declared candidate is entitled to a podium, we're going to end up with even more crowded stages in 2012.

I am all for setting standards, and I'll say more about it below.

One possibility would be to allow viewers to vote off one candidate after each debate; it seems to work well for other TV programs.

But this isn't a meaningless made-for-TV game show. It's not even a game at all.

And since we already can't trust our national "elections", what would give us any confidence about a made-for-TV "election"? Just because it would be run by the same people?

Oops! I wasn't supposed to say that, was I? Oh well, they're gonna have to sue me, because my Backspace key is stuck!

There may a better way to improve the debate system, though this would need to be done carefully and slowly. For starters, as this process continues, debate organizers ought to think about using various tests to narrow the fields.

Let's ignore for the moment the hubris required of the Washington Post to tell the debate organizers what they ought to think about, after admittedly failing so dismally in its reporting that many American voters didn't even realize how many candidates there were!

Let's think instead about the hubris required to compile the following list:

Has a candidate demonstrated any indicia of viability or seriousness: standing in the polls, ability to raise money, trips to the state where the debate is taking place?

I know this is not what the WaPo is talking about, but in my view, Mike Gravel and Ron Paul are the only candidates who have given any indicia of seriousness about the issues. And for this reason they may have found it hard to raise money, not to mention making trips to the state where the debate is taking place.

And who cares where the debate is taking place? This is a national debate, a national process, is it not? So what difference does it make where the made-for-TV moment happens? 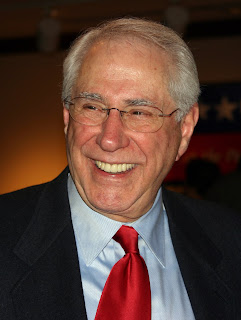 Answer: It doesn't. Message: That's not what this is about. Here's what this is about: it's about discrediting the only candidate who has a chance to upset the whole cart of rotten apples. Thus the WaPo opines:

When Mr. Gravel says he's not running to win, that ought to be grounds enough to toss him out.

But in fact, as the Washington Post would have known if it had paid any attention, Mr. Gravel has changed his mind about running to win, and he did so after he got a good look at the other candidates.

So give us a break, and let the freshest voices on the scene speak. It's still early -- there's a lot more to this story and it needs time and space to play itself out.

Even the WaPo seems to agree with me on this point:

Yes, at this early stage, poll standing alone isn't enough to exclude a candidate; some serious, experienced candidates are mired in the single digits, and they ought to be given their chance to catch fire. But as the process moves forward, the bar for inclusion should move higher.

Absolutely. I'd like to start by tossing out all those who have committed obvious treason against their country. That would be not only a great start, but it would actually solve the whole problem. And the criteria could be very simple:
Who'd be left? There would be no more congestion, especially on the Republican side.

And what could be better for the voters who have trouble sorting things out than a race with only one candidate?

Another solution to a still-crowded field would be to structure the debates more usefully to assess the quality of candidates' thinking. Would it be too much to ask for 90-second answers? Or for a format in which candidates could question each other?

Setting reasonable time limits would be a good idea, in my view. And allowing candidates to question one another would be very refreshing.

Allowing candidates to refute one another's lies would be refreshing as well.

The best would be to give sustained attention to a single topic, or at most a few areas. Why not one debate on economic issues such as taxes, spending and trade, another on Iraq and foreign policy, more on domestic issues such as health care, education, the environment and immigration?

"The best"? Puh-leeze! Talk about hubris!!

Second, what happens when the biggest issues of the day don't fall into any of the approved categories? For surely they wouldn't -- especially if the WaPo editorialists were permitted to draw up the categories.

Whether you call it "framing" or something else, it's well known that whoever defines the issues is going to win the debate. So why should anyone other than the candidates themselves define the issues in advance?

Even if debates aren't this rigorously formatted, certainly they could benefit from more focus on a few topics, rather than Thursday's attention-deficit-disorder-style debate, which skipped from belief in evolution (three candidates didn't) to organ donation to I. Lewis Libby.

It can be argued that debates will be more important than ever this election, with its compressed and nationalized primary calendar.

It can also be argued that these debates are meaningless because the election is already rigged, the candidates are already selected, and the big media are already corrupt. Kind of like 2004 again.

But it can also be argued that the debates will be more important than ever this year, not because of the primary schedule but because America faces the gravest crisis in our history. But the media won't talk about that either, so they're stuck trying to exclude the most interesting candidates of each party from the debates, while ironically concluding:

It's in everyone's interest to rethink how they are conducted.

I tried to measure that line on the Irony Meter, but as you already know, it's broken!

Thanks to Bluebear2 for this -- and much more!
File under: economics, hubris, manure, politics, Ron Paul, spending, Texas
Email ThisBlogThis!Share to TwitterShare to FacebookShare to Pinterest
Posted by Winter Patriot