Too Sick To Survive 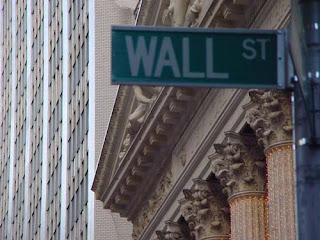 The last time I went to the grocery store, locally-grown apples were selling for 79 or 99 cents a pound, depending on the variety. Bananas from Ecuador were 39 cents a pound.

Why should bananas grown on another continent cost half as much as apples grown in local orchards? Even if the two fruits were similar, which they are not, one would expect the transportation costs alone to make the foreign produce significantly more expensive.

But bananas are also fussier about climate than apples, and they need better soil, and they need to be handled more carefully, and they can't be refrigerated. So it wouldn't be surprising if bananas were more expensive than apples. And it should be astonishing that they cost only half as much.

But we are not astonished.

He told me the dinner was good but the prices were puzzling: "Beer is made from water, isn't it? So why does water cost more than beer?"

I agreed that $4.75 was outrageous for a pint of water. And that was what bothered him; he didn't really mind paying $4.00 for a pint of beer. But, like many other people, my friend does mind paying that much for a gallon of gasoline.

Both gas and beer take time and effort to produce, of course, but beer is made from renewable resources, whereas gasoline is not. Producing and transporting gasoline is much more dangerous than brewing beer. And most of our gasoline comes from far away, whereas most of our beer is made domestically.

So why should a gallon of gasoline cost less than a pint of beer?

I understand there's a difference in scale between buying gas by the gallon, as opposed to beer by the bottle. But that's not my point. Even if you buy cheap beer by the case, you're still paying a lot more than $4.00 a gallon for it.

So we're left with the original question: Why does gasoline cost less than beer?

Many people, who for religious or other reasons see themselves as clean-living, regard casino "gambling" as immoral and would like to see it outlawed. They talk about addiction and the evils that can befall a family when all the grocery money goes into a slot machine.

But these same people see nothing wrong with "investing" in the stock market; in fact they see it as respectable, even praiseworthy.

Obviously, if the market were to crash, billions of people would be affected -- severely and immediately.

But the market has other effects too, inspiring corporate executives to do anything in their power, just to generate a fraction of a percentage point of increase in the share price, or the P/E ratio, or whatever number happens to matter most to their stockholders this week.

And there's the rub.

The awesome power of the "free market" overthrows democratically elected governments, tortures and kills their people, and leaves their societies drenched in chaos and blood. Mostly this happens overseas.

The American military forces stationed in more than 70 countries worldwide do more than provide photo opportunites for globe-trotting politicians; they impose heavy pressures on the domestic economies of every country in which they are based -- or which they could attack easily. And that means almost everybody.

In other words, we wouldn't have 39-cent bananas if our government didn't have a long history of invading Latin American countries and overthrowing their governments -- primarily to protect the companies that produce and export coffee and bananas. In fact we wouldn't have bananas at all, and we wouldn't have coffee either, because we can't grow them in the USA, and if we didn't coerce foreigners -- at gunpoint -- to grow coffee and bananas for our breakfasts, they would use that land, some of the richest agricultural land in the world, to grow other kinds of food, for the people who actually live there.

This -- cheap food and cheap energy in the USA, suffering and starvation everywhere else, all driven by the iron fist of the supposedly "free" market -- is the "way of life" that our president says he's trying to protect. For once, I believe him.

And clearly a society that chooses this "way of life" needs protection, for it is far too sick to survive on its own.
Email ThisBlogThis!Share to TwitterShare to FacebookShare to Pinterest
Posted by Winter Patriot