I've been making jokes and posting music today, and enjoying the holiday with my family too, but I can't help feeling there's something incomparably obscene about being at war at Christmas -- let alone a war of choice, let alone a war with religious underpinnings that's billed as just and righteous, but -- like all the wars of my lifetime -- just happens to be about money, and power, and oil.

... all of which brings me back to a piece I wrote three years ago today: 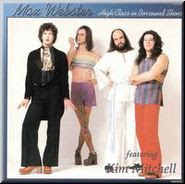 Oh war, history says you're in it
your sister's boyfriend's in it
so so long, soldier, wash your socks and guns
and just remember
if you don't see a profit, sell your stocks and run

It's especially dismal to see how little has changed in those three years, despite the best efforts of so many.