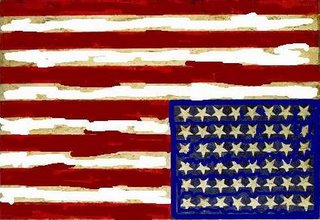 Here's more of the type of news we've come to expect late on a Friday afternoon with holidays approaching.

According to the AP (via the New York Times),

The Senate on Friday passed a defense policy bill that would offer more help to troops returning from combat and set conditions on contractors and pricey weapons programs.

The bill does a lot of other things too, things that should never be done. But the AP can hardly afford to tell you that -- especially in the New York Times! So they spin it so hard it's more like twirling.

The measure reflects the best Democrats could do this year on their national security agenda while holding such a slim majority.

This is hogwash, of course. The slimness of the Democratic majority is irrelevant.

The Democrats in both houses of Congress could have voted to give the war machine a hundred dollars a year if they wanted to.

Instead they claim they're powerless. Or they get their media whores to do it for them.

Powerless to overcome GOP objections in the Senate, the bill does not order troops home from Iraq, as Democrats would have liked.

If the Democrats really opposed the war, they would have stopped it a long time ago. All they would have had to do is vote together -- every Democrat, every time -- against any further military spending (or against anything else they didn't like).

And would be the end of it.

And there would be nothing anyone could do about it.

But instead of that -- instead of anything remotely like that, they all vote together, or nearly so, in the opposite direction!

The 90-3 vote follows House approval earlier this week and sends the measure to President Bush to sign, which he is expected to do. 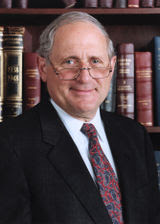 For the record, the Democrats still oppose the ever-increasing funding for the war machine, except when they vote, or when they talk about their priorities.

"Caring for our troops and their families must always be our top priority," said Sen. Carl Levin, D-Mich., chairman of the Armed Services Committee [photo], which helped write the bill.

Ka-boom. Who cares about the voters or what they want? Who cares about the crimes against humanity being committed by this government of ours, which will continue for another year -- and much much longer, thanks to another huge cash infusion? Who cares about trying to limit the damage this rogue pseudo-president can do in his supposedly final year in office?

The Democrats do care, of course. They share our concerns about all these issues, except when it causes a conflict with their top priority.

The bill, which covers the 2008 budget year, authorizes $696 billion in military spending, including $189 billion for the wars in Iraq and Afghanistan.

You can catch all the gory details from the New York Times or at my other other blog.

Final action on the bill comes as Democrats struggle for a way to pay for combat operations overseas without appearing to support Bush's policies in Iraq.

Where'd that one come from? Must have just slipped out, I guess.

And meanwhile the most horrible crimes continue, with the clear support of both parties.