Tom Toles: Putin Of The Year 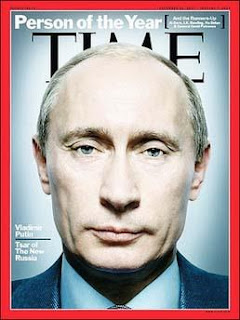 Here's Shaun Walker in Moscow for The Independent:

'Time' names 'dangerous' Putin as Person of the Year

Time was not entirely positive about Mr Putin. The Person of the Year, says the magazine, is not an endorsement or an honour, but a reflection of the individual who most shaped the world we live in, for better or worse, during a given year. After all, previous winners have included Adolf Hitler and Joseph Stalin.