Ronald Swerlein Pleads Not Guilty To All Ten Explosives Charges 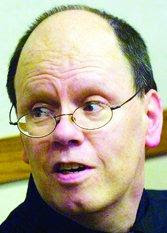 Swerlein remains free on $50,000 bond with his trial set to begin in April, following a motions hearing in March.

Swerlein was arrested in June after two police searches of his home turned up an assortment of chemicals, some of which were described as explosives. Swerlein says he was using the chemicals to experiment with new rocket fuels.

Police searched Swerlein's home after neighbors reported seeing and hearing explosions coming from the Swerlein garage late at night. Swerlein said he was experimenting with different fuels and sometimes the fuel mixture would explode, but there was never any danger because the amounts he was using were so small.

Curiously, police Sgt. Tim Lewis said at the time that Swerlein didn't have enough explosives to mount a terrorist attack. Then the police detonated half a pound of home-made nitroglycerin in Swerlein's driveway.

According to Vanessa Miller of the Boulder Daily Camera:

[Swerlein] didn't address the court this morning, and he declined comment after the brief hearing.

Following his arrest, Swerlein told invesetigators he is “nerd” teaching himself about rocket-fuel technology, according to police records.

At the time, one of his friends told the Camera that Swerlein is a brilliant, curious man who loves to take things apart, adding that he’s just a “tinkerer.”

Police apparently believe his story; he's been free on bond since shortly after his arrest, and local police have been at pains to reassure the neighbors that they are in no danger.

I hope to have more on this story before too long.