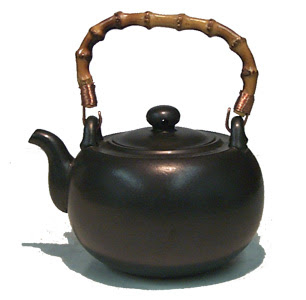 The pot calls the kettle black, as the New York Times says a study of 9/11 commission documents indicates that the CIA impeded the investigation by failing to share videotapes of certain interrogations...

... if the commission had seen videotapes of two guys getting waterboarded and one of them implicating two of our key allies in the "global war on terrorism"...

... then the commission would have done a full investigation rather than a whitewash...

... and the criminals who foisted this ugly reality upon us would be hanging from the ceilings of tiny cages right now...

... rather than enjoying the fruits of their deception ...

... unless the relevant sections of the commission's report got redacted!!

Perhaps even more crucial, this revelation gives the whitewashers some much-needed cover: Now they can blame the Agency for impeding the investigation! 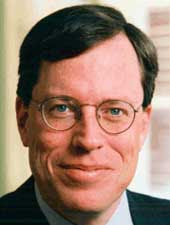 And that's why the "9/11 Panel Report" mentioned in the headline was written by Philip Zelikow, who personally orchestrated the whitewash.

Strangely (or not!), the NYT dipsy-doodles around the main story-line, which comes out like this:

A review of classified documents by former members of the Sept. 11 commission shows that the panel made repeated and detailed requests to the Central Intelligence Agency in 2003 and 2004 for documents and other information about the interrogation of operatives of Al Qaeda, and were told by a top C.I.A. official that the agency had “produced or made available for review” everything that had been requested.

The review was conducted earlier this month after the disclosure that in November 2005, the C.I.A. destroyed videotapes documenting the interrogations of two Qaeda operatives.

A seven-page memorandum prepared by Philip D. Zelikow, the panel’s former executive director, concluded that “further investigation is needed” to determine whether the C.I.A.’s withholding of the tapes from the commission violated federal law.

In interviews this week, the two chairmen of the commission, Lee H. Hamilton and Thomas H. Kean, said their reading of the report had convinced them that the agency had made a conscious decision to impede the Sept. 11 commission’s inquiry.

And so on. This bit was particularly rich:

A copy of the memorandum, dated Dec. 13, was obtained by The New York Times.

Among the statements that the memorandum suggests were misleading was an assertion made on June 29, 2004, by John E. McLaughlin, the deputy director of central intelligence, that the C.I.A. “has taken and completed all reasonable steps necessary to find the documents in its possession, custody or control responsive” to formal requests by the commission and “has produced or made available for review” all such documents.

Both Mr. Kean and Mr. Hamilton expressed anger after it was revealed this month that the tapes had been destroyed. However, the report by Mr. Zelikow gives them new evidence to buttress their views about the C.I.A.’s actions and is likely to put new pressure on the Bush administration over its handling of the matter.

Yeah, sure! Pressure on the Bush administration!

See also: Connecting The 9/11 Dots: Dead Cutouts, Destroyed Tapes, And The Hidden Assumption That Poisons Everything
File under: 9/11, CIA, Philip Zelikow
Email ThisBlogThis!Share to TwitterShare to FacebookShare to Pinterest
Posted by Winter Patriot