Laurie Dobson: 'We Must Not Shirk Our Responsibility' 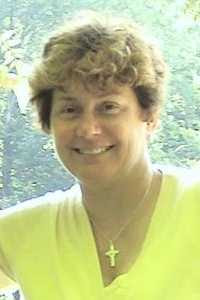 There is no other place or time ...It is in us and it is we who must do this and the time is now.

An open letter to the people of Maine from Laurie Dobson, independent candidate for the U.S. Senate:

Margaret Chase Smith would have a lot to say if she returned to Maine and saw what was going on today. She was a person who saw what had to be done and said what had to be said. She spoke forthrightly about the pressing needs of her day. She made her Declaration of Conscience, which transcended the time she was in and spoke to history and those in the future about what they must do if they saw trouble and felt called to address it.

I am acting on her behalf and in her name and with the courage I believe she would invoke to decry the the perilous actions of those who say they are our leaders but who are not leading. She would call to the consciences of all who can step forward to speak to the true interests of the State she loved and to act on its behalf.

Especially since the leaders of our Senate from Maine are now women, I am calling to them and calling upon their consciences, for I do not believe they are doing what they must to change the political situation.

Senator Smith put Maine on the map and forever gave us the charge to act upon our consciences. It is her actions that have emboldened me in my efforts to also call upon Mainers to support my efforts to run for Senate on their behalf -- to offer them a campaign that gives us a living reminder of her past actions to bring conscience to the floor of the US Senate.

Why is this so necessary now? Isn't the fact that we have our two senators as women a reminder enough of her fine calling and her noble undertaking? I wish it were enough but being a woman is not enough. It is necessary to be a person of conscience and character. How can you tell that a person is a person such as that? You must look at their actions and their willingness to take a stand on principle, not just on passion or political expedience.

In ordinary times, perhaps Senator Collins, against whom I am running for Senate, would be a sufficient leader, but these are not ordinary times. Collins has not shown that she will stand alone amongst Republicans to oppose the Bush war policy. Her record is mainly of compliance with the Bush war machine and its financial priorities, which have hurt our economic well-being, not to mention our standing in the world.

I have taken such stands in the past, when I ran a race for State Rep. in 2002 to oppose the war, before it was deemed acceptable to make a call against my party. I had to stand alone then, because the Democrats didn't want to oppose Bush.

Lately, in 2006 to 2007, I had to stand alone, even in my own town, in Kennebunkport against selectmen who wanted me to be quiet and not to draw attention to what I saw happening with planning for the town's future and its character. There were those who wanted nothing to stand in the way of 'development' even if it was not in the town's best interests. I stood alone then and was acknowledged as an upstanding Democrat. I was told later by the Attorney General that he admired my taking this 'unpopular' stand.

I am taking the biggest stand of my life now. For, in addition to standing up to a deadly disease, with my husband's severe illness with a brain tumor, I am standing against the Bush Administration. In its efforts to bring us to the cracks of doom, they are calling forth, with the murderous powers which they possess, for a third world war, for a nuclear devastation.

I believe that, if left unchecked, before the next election, they will provoke the start of World War III. It cannot be assumed that they will not act upon this threat since they have delivered on all their other threats. I stand against this, alone if I must, together with Mainers if I can, to say "NO! THIS SHALL NOT BE!"

I pledge to my fellow citizens of the State of Maine that I will do everything I can to bring home the necessity of actions taken now and in the future to bring us back to sanity in our politics. I am telling everyone, Democrats and Republicans alike that they must join in my campaign declared for conscience.

Who am I to speak for conscience? Just a woman who is tired of the insanity and disgusted with the depravity and the cowardice of our leaders. I cannot abide the corruption and I am calling out to any who can hear and join me in the call for a return to honor. We must not shirk our responsibility at this time to bring our state our country and our world back to a hopeful place. We must be able to wake up to a world that is not gone mad. We must be the ones that bring the people back from a world of ruin to a world of hope. We cannot look elsewhere. It is in us and it is we who must do this and the time is now. There is no other place or time or people to make this change. We can and we must be the ones who act.

Please join me, on behalf of Maine, on behalf of a world that has gone mad, that needs heroic action now to save our civilization. The fight is clear and I am ready. My family is ready, come what may. Please ready yourselves and join in this fight to keep our country's conscience clear and to bring back the clarity of conscience into the lives of our fellow citizens and our fellow man, in Maine and in the world.

[UPDATE: In the previous version of this post I neglected to mention Laurie Dobson's platform, which is based on:

* a legislative program to ensure the full restoration of the Rule of Law as guaranteed under the Constitution...

* free medical coverage for all those in service to their country, and their families. When we stop spending a trillion dollars a year for perpetual war with the rest of the world, we will have the means to pay for universal health care, and doing this is my pledge.

My apologies. I should have mentioned all this before.

In my opinion, we need more people like Laurie Dobson, in Maine and in other states too, and we need them to stand up and speak the truth in clear and simple terms -- and to run for office!

In my opinion, we also need people in Maine and elsewhere to support Laurie Dobson -- and any other candidates who dare to stand for truth and justice and sanity and humanity, and against both parties.

If you are one of those people, please do what you can to help.

And if you need a few more encouraging words, you can find them at her blogs, What We Choose Matters and What We Choose Or Say Or Do Matters Cosmically.
File under: economics, Laurie Dobson
Email ThisBlogThis!Share to TwitterShare to FacebookShare to Pinterest
Posted by Winter Patriot