If It Ain't Islamic Then It Ain't Terrorism 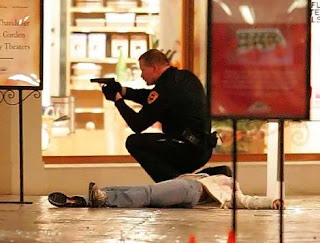 The coverage in the Feb 13 Sydney Morning Herald was typical:

Gunmen in separate US incidents today have randomly killed a number of shoppers in [a] mall and directors in a boardroom.

We had multiple simultaneous murder-suicide attacks on random individuals in public places. But nobody called it terrorism. Did you notice that? I did!

In the first incident, a gunman entered a mall in Salt Lake City in Utah and began randomly shooting, hitting several people before he was killed.

"We have six fatalities and multiple victims at hospitals," police Detective Robin Snyder said. "They were found throughout the mall. I don't know male or female or ages."

The gunman must have been white, and Christian, or Jewish, or Mormon, or something. Otherwise he would have been described differently, no?

[UPDATE -- Feb 14: The reports from which I was working didn't even specify the shooter's name, so I may have been a bit rough on the media if I criticized them for not mentioning his religion. They're starting to get more details into the public record, even as we speak, and it appears the shooter was a Bosnian immigrant of the Muslim persuasion, although doubts as to his devotion to the faith remain very strong.

I maintain that the media should be talking about this case in terms of terrorism, regardless of the religion of the shooter. But that's another story. For more details, including Rush Limbaugh's thoughts on the matter and your nearly frozen correspondent's thoughts on same, see this post.

I apologize for the short excursion; now let's get back to our story...]

In the other incident a gunman killed three people at a business meeting before turning the gun on himself in a Philadelphia office building.

Barb McKeown, 60, of Washington, DC, was in [an] antique shop when two frantic women ran in and reported gunshots.

"Then we heard shot after shot after shot - loud, loud, loud," she said. She and three other people hid under a staircase until it was safe to leave.
...
The gunman was killed by an off-duty police officer who was in the mall at the time of the shooting, the Desert Morning News reported on its website.

More than three hours later, police were searching stores for shocked shoppers and employees who were hunkered down awaiting a safe escort from the mall.

a gunman killed three people at a business meeting before turning the gun on himself in a Philadelphia office building.

The gunman appeared to get upset at a board of directors meeting for a company that might have been an investment firm, police Deputy Commissioner Richard Ross said.
...
Ross described the scene inside the conference room as "utter chaos".

Utter chaos in two American cities, at least ten people dead, who knows how many hurt, others terrified and hiding under staircases for hours; death and destruction out of a clear blue sky and not a motive to be seen ... but nobody says a word about "terrorism".

Why? Because terrorism is something that happens somewhere else? Or because if attacks such as these were classified as terrorism, then the government would have to admit it's not doing a very good job of protecting us from terrorism.

And this is the one and only thing the government claims to be doing. 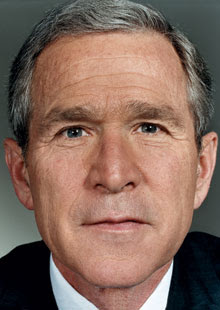 I suppose in another few days we'll be told these shooters were just "ordinary Americans". It happens all the time, doesn't it?

Where do these people -- these shooters, these so-called "ordinary Americans" -- get the idea that whenever they have a problem, the way to solve it is to go shoot somebody? Where does this idea come from?

The president ought to sit down with his country, and explain to everybody -- once and for all -- that killing other people, (over "investments", or just because they happen to be in the wrong place at the wrong time) -- is not the way to solve your problems.

If he can do that with a straight face, he can do anything!
File under: Sulejmen Talovic, terrorism
Email ThisBlogThis!Share to TwitterShare to FacebookShare to Pinterest
Posted by Winter Patriot