Iraqis Had Their Chance At Freedom, But Chose Civil War -- GOP Congressman 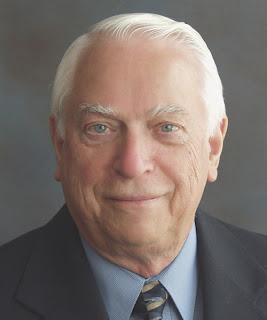 Republican Congressmen have been jumping off the sinking Ship of Surge like rats in a typhoon, and how can we fault them for doing so, regardless of their reasons?

Still, it came as a shock -- shock! I tell you! -- to read that GOP Congressman Howard Coble of North Carolina is leaping overboard because "Iraqis had their chance at freedom, but chose civil war." Still, this is exactly what the New York Times is reporting. (And we all know never to doubt anything we read in the NYT, don't we?)

“I insist that we do not maintain an eternal presence in Iraq,” Mr. Coble said, “if for no other reason than the cost to taxpayers, which has been astronomically unbelievable.”

Astronomically unbelievable? That's a new one on me. I know people who don't believe in Astrology, but ... Oh, never mind!

Rep. Coble made it very clear that his decision was not a matter of disliking the president:

“Some Americans — and some in this body — oppose the Iraqi operation because they dislike President Bush,” Mr. Coble said. “I, however, do not march to that drum. I am personally very high on President Bush, but on the matter of troop escalation, I am not in agreement.”

I don't know of anyone who dislikes the surge -- or any other aspect of what Rep. Coble calls "the Iraqi operation" -- because they dislike the president. But Rep. Coble is welcome to his own opinions.

He may not walk the same path I do. But in the long run, that is actually most reassuring!
File under: Iraq, Surge
Email ThisBlogThis!Share to TwitterShare to FacebookShare to Pinterest
Posted by Winter Patriot