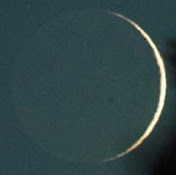 We are very close to a nuclear attack on Iran, meaning a Middle East regional war and a slide towards thermonuclear World War III. Beware the Ides of March, and the New Moon a few days later, the favorite time for Anglo-American sneak attacks. Stop wasting your time with sectarianism - it gets you nowhere. Compared to the world catastrophe now in sight, these petty quarrels sink into microscopic significance.

Putin's Munich Wehrkunde speech is a clear warning that we are on the brink of general war - worse than the Cuban missile crisis of October 1962. This is Putin's War Warning.

Zbigniew Brzezinski's testimony to the Senate Foreign Relations Committee on Feb. 1 explicitly warns that terrorist actions inside the US are being prepared which will be blamed on Iran -- for use as pretexts to attack Iran within the framework of a multi-step neocon war scenario. (Zbig wants WWIII via an attack on Moscow, not Teheran -- that is his objection.) This means a new 9/11 with WMD: it will be MIHOP, state-sponsored, false flag, synthetic terrorism, for those who still do not get that crucial point.

We urgently require united front action by the 9/11 truth movement to accomplish the following:

1. Take back the airwaves. Call in to C-SPAN, Larry King, Limbaugh, Ed Shultz, Hannity, O'Reilly, etc. to cite Zbig's warning that the Cheneyacs are preparing a new 9/11 war provocation. Inoculate people not be stampeded. Ridicule the 9/11 myth being conjured up once again by Republicans like Boehner today in the House.

2. Form 9/11 truth squads and confront the 25+ declared presidential candidates on this same issue. Top priorities: Hillary the hypocrite warmonger, McCain the butcher, and Mr. 9/11, Giuliani. Challenge them to condemn new 9/11, attack on Iran, film them when they refuse to. Easiest to do in New Hampshire, Iowa, Nevada, and South Carolina, but possible and necessary everywhere. Two people ask questions, a third runs the camcorder or cell phone camera. Send results to youtube, 911blogger, 911truthsquads.com. Don't let them dodge the life and death questions. We are the new alternative media, as Time mag told us.

3. Start a weekly demo to protest the new 9/11 fakery and the wider war with Iran and Syria. Start now with whatever you have. Then build it from week to week. Go for visibility. Invite the peace movement and all persons of good will to attend. Get the media. A series like this in Leipzig, Germany in 1988-89 went from 10 people to 250,000 people and what amounted to a national general strike, bringing down the East German communist regime. Maybe it is our turn to get lucky too.

4. The neocons have wars plans; we need war plans of our own. Every group in every city needs to have a pre-arranged meeting point for a protest demo when the false flag provocation goes off, and then on the first day that war starts. In Washington, we all know that if the new 9/11 goes off and/or the bombs begin to fall, we go to Lafayette Park at the White House and say no to the new neocon insanity. Get pictures of protestors saying no to national suicide on the evening news, to counterbalance the hysteria. Make sure a sympathetic antiwar local reporter is briefed and won over in advance. In the first hours, there will be a titanic struggle to control and manipulate the popular mind. Get ready to act effectively at the drop of a hat.

For the medium and longer term: Get ready to turn the imperialist world war into a new era of human progress.