Was The SLC Shooter Muslim? Or Muslim In Name Only?? 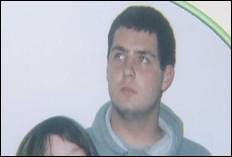 Reports are beginning to surface indicating that the shooter who killed five shoppers in a Salt Lake City mall on Monday may have been a Muslim. Your nearly frozen blogger had assumed otherwise, given the initial coverage of the shooting.

In the wake of much confusion following the shooting and coverage of it, various blogs and "news" reports have fanned out into the usual configuration, with the subsequent breakdown in communication that usually occurs in such situations.

And it may be that I was wrong, but on the other hand I always apologize for the times when I'm wrong and I try to learn from them. It only gets embarrassing if you keep getting them wrong and don't learn anything, IMVHO. But in any case, I apologize for the part of my previous post on this subject that was incorrect:

The gunman must have been white, and Christian, or Jewish, or Mormon, or something. Otherwise he would have been described differently, no?

I was wrong to assume his religion would have been mentioned had he been Muslim. That was simple-minded of me.

I should have realized that his religion -- Christian, Jewish, Muslim, Mormon, or whatever -- might not have been easy to ascertain. Sometimes terrorists don't go to their glorious final battle with emblems of their faith tattooed on the back of the neck. I still contend that, had it been known at press time, the religion of Sulejmen Talovic would have been mentioned in many reports, especially since he was Muslim. But at the time of the reports from which I was working, nobody even knew his name.

As for Mr. Limbaugh's question, I have now found several reports indicating clearly that the Salt Lake City shooter, Sulejmen Talovic, was a Bosnian-born Muslim, a few of which have even been using this in their headlines. At the time of this writing, a Google News search for "Sulejmen Talovic Muslim" finds 18 matches.

As for my question, a search for "Sulejmen Talovic Terrorist" turns up 8 matches, including 4 to various versions of the same article in the New York Times. That's the same as 5 matches overall, and two of those are to pages of "news briefs" in which the name "Sulejmen Talovic" appears in one article and the word "terrorist" appears in another. So now we're down to three.

All in all it does appear that newspaper writers and editors are quite a bit more likely to identify Sulejmen Talovic as a Muslim than to call him a terrorist; this despite two very interesting facts:

[1] His religion could only have been determined after the fact, whereas his act of terror was obvious for all to see, and

[2] He may have been a Muslim in name only. The most recent report from Salt Lake City is by Carole Mikita of KSL and it includes the following relevant passage:

Several members of the Islamic community told me the Talovic family has not worshiped at any of the area mosques. They have not been actively involved in the Muslim community.

And so, unless I am reading it wrong, the Muslim connection will be played up in future reports, no matter how tenuous it may be (and folks such as Rush Limbaugh will continue to squawk about why this angle is not emphasized even more!), whereas the terrorist angle will be played down, and few -- very few, unless I am much mistaken -- will ask why.

In my search for wisdom on this matter I have found a small number of passages which I would like to relate without further commentary, for your consideration and contemplation:

from Elvis Hadzialijic, a member of SLC's Bosnian Community:

Basically, people are worried. You have to understand these people came from war, from situations like these, they try to escape it. But, looks like it followed us here, too. We should, right now, find the strength to understand why this happened, the reasons--and it's a tragedy, we should stick together.

from the Islamic Society of Greater Salt Lake:

Our heartfelt condolences outpour to the families that lost loved ones during the tragic events at Trolley Square. We pray that God will ease the pain of their loss and that those injured will find a complete and speedy recovery.

and from an editorial in Southern Utah's The Spectrum:

What is the difference between a man wearing a trench coat opening fire with a 12-gauge shotgun on innocent shoppers with little regard to his own life and an Islamic extremist entering into a public synagogue and detonating an improvised explosive device killing himself and those unsuspecting inside? The sad truth is there is no distinction.