Is America Doomed? Fisto-Crashism On The March 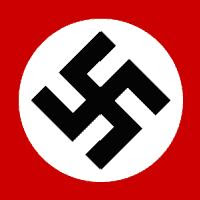 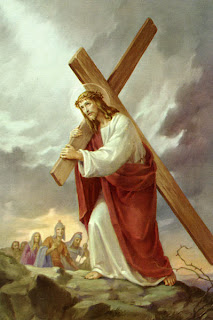 Yesterday we were talking about the dangers of the so-called "Conservative" so-called "Christian" so-called "Right", and their malignant hybrid of politics and religion.

Today I have a riddle for you...

What is the most insidious and pervasive threat we face as a formerly free nation? Global Warming? Terrorism? George Bush? Osama bin Laden?

If you said "None of the Above", you and I may be on the same page, because I'm still thinking about Fisto-Crashism.

You may not know it yet, but there are Fisto-Crashists in your city or town, probably in your neighborhood, maybe in your own family. But nobody knows about them; you can't even find them with Google. (Click here to search for "Fisto-Crashist"!)

Guess what? That's the way they want it.

The Fisto-Crashist movement began with the merging of Christianity and Fascism -- an unspeakably wicked marriage of Faith, Hope, Love and Pure Evil, which many people call "Christo-Fascism". But then they twisted it.

And now the name is even more appropriate, in more ways than one. We've already been seeing the Iron Fist; we'll be seeing more of it soon unless I am much mistaken. And whether we prefer to admit it or not, we all know The Crash is coming, too.

Fisto-Crashists approach the Looming Global Crisis Of Unspeakable Scope with all bets hedged.

Chris Hedges -- the former NY Times war correspondent who was essentially booted from the paper for daring to question the wisdom of the Dear Leader in launching an unprovoked, criminal war of aggression against Iraq (although we gather that the Times, like so many other Establishment worthies these days, has now had some second thoughts of their own about this escapade) -- has written a powerful new book about one of the greatest threats the American Republic faces today: the extreme Christianists who have allied with the Bush Faction militarists to birth a uniquely American style of fascism.

I've been tracking this movement myself for more than 30 years now, from the time my late brother and I used to gape, slack-jawed in appalled amusement, at the crazed rantings of late-night TV fringe preachers named Falwell, Robertson, Bakker and others. It seemed like a bad joke then -- but at the same time, I could see their bizarre brand of supposed Christianity -- with its blustering belligerence (War on the Russkies! War on the Ay-rabs! War to save our Panama Canal from the, er, Panamanians!), its condemnatory and exclusionary zeal, its arrogant self-righteousness, and, even then, its overriding obsession with sex (a topic never once addressed by Jesus in the Gospels), especially homosexual sex (remember Anita Bryant?) -- was beginning to make inroads among the people around us. Even our grandmother -- as gentle and tolerant a soul as could be imagined -- had been scared into sending money to these hucksters to help them "save" American society from the bogeymen of their imaginations and their twisted lusts.

Over the years, I watched with growing horror as these freaks from the fringe marched steadily to the center of American politics, making the beast with two backs with the worst elements of the Republican Party. Robertson went from curing goiters over the airwaves to running for president; Falwell went from squirming explosions of homosexual panic to prayer breakfasts in the White House; the dinky, late-night TV shows grew into international media networks worth billions of dollars. And the crank notions of divinely sanctioned militarism, aggressive obscurantism, blistering intolerance and virulent hatred of the personal freedom that lies at the heart of the American dream of "life, liberty and the pursuit of happiness," all became the official policies of the ruling faction of the United States government.

The hour is actually late to try to turn back this tide, but Hedges is bringing his considerable literary gifts and extensive learning and real-world experience to the fight for the Republic. His recent article in Truthdig gives a good overview of the concerns addressed by his new book, American Fascists. (How's that for plain talk?) He tells more in a recent Truthdig interview with James Harris and Robert Scheer...

And here's a brief snippet from that interview:

I look at the religious right, the radical religious right, those people who want to create a Christian nation, as a mass movement. I don’t give them much religiosity at all. I think they have acculturated the Christian religion with the worst aspects of American imperialism and American capitalism.

They prey on the despair of tens of millions of Americans in this country who have been completely disenfranchised and shunted aside with the creation of this American oligarchy. That is the engine of the movement.

These people, their lives have become train wrecks, their communities have been physically obliterated with the flight of manufacturing jobs, or they live in these soulless exurbs, in places like Orange County, with no community center, no community rituals—you know, they don’t even have sidewalks. And they’re lonely, and they’re alienated, and they’re lost. And that’s the fodder that demagogues use to amass totalitarian movements.

And they do that by offering these people a world of magic, of belief in destiny and miracles and angels, that Jesus has a plan for them. And they essentially remove them from the reality-based world. That’s what creationism is about.

And everybody who’s written about despotic movements, from Hannah Arendt to Karl Popper to Fritz Stern to Robert Paxton, cites this despair as being the kindling that allows despotic, totalitarian movements to tear apart the open society.

So for me the radical Christian right is very much a manifestation of the inequities and the injustices that plague American society.

We now live in a country where the top 1 percent control more wealth, or have more wealth, than the bottom 90 percent combined. The absolute destruction of the working class -- and much of my family has been a victim of this -- has now been accompanied by an assault on the middle class.

So anything that can be put on software, from engineering to finance to architecture, can get outsourced, where it’ll end up in India, where they’ll work for a third of the wages, with no health insurance, no benefits. These kinds of assaults against the working and middle class are absolutely deadly to a democratic state.

I haven't been giving you many links so far but you'll find plenty of them near the bottom of this page. You can read as much or as little of the linked items as you want, of course; very few readers will have the heart to keep reading once they get an idea of what's happening here.

If you want the short form...

Don't let them fool you with their political and religious doublespeak. They can lie out of both sides of their mouths at the same time. And they do.

Some people think the Fisto-Crashists are betraying the principles symbolized by the cross and the flag, but I'm not one of them. I agree they're contravening the laws (and neglecting the wisdom) expounded in the Bible and the Constitution. But in my opinion they can't betray any principles because they never had any principles in the first place!

Of course, this doesn't stop them from abusing cherished national and religious symbols. They'll wave the flag and wear the cross, or wear the flag and wave the cross -- whatever fools the people best.

Fisto-Crashists believe in simple and similar approaches to virtually every problem (and even some things that aren't problems).

We have ignored them to our great detriment. We continue to ignore them at our peril. The time is very late.

The Fist is here already.

The Crash is coming soon.

And our only choices are to Fight Fisto-Crashism NOW or Get Used To It FOREVER.

Jeffrey Sharlet: Jesus Plus Nothing

Katherine Yurica: The Despoiling of America: How George W. Bush became the head of the new American Dominionist Church/State

On a personal, Biblical, note:

I am constantly amazed by the hypocrisy of people who claim to believe every word of the Bible is literally true -- the inspired Word of God -- and yet manage to ignore the fact that the Bible tells us not only how to live our lives:

but also how we -- as individuals and as a nation -- should should conduct ourselves:

May the Almighty and Everlasting God have Mercy upon their Souls.
But may He Smite them with a Terrible Swift Sword FIRST! 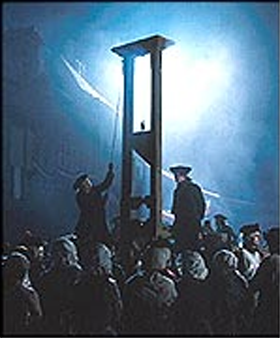